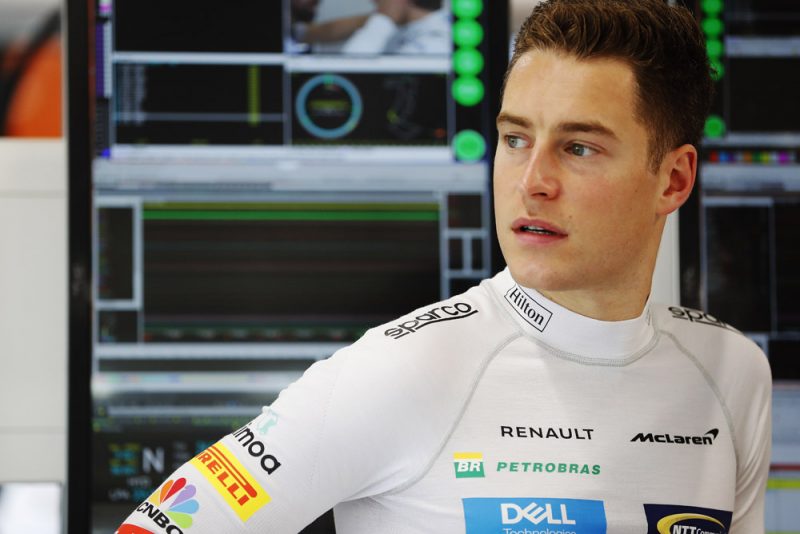 Dumped McLaren Formula 1 driver Stoffel Vandoorne could find himself lining up for the squad as part of its IndyCar program next season.

The Belgian is set to be replaced by Lando Norris in F1 next season, leaving the highly-rated Belgian without a drive for 2019.

However, with McLaren still assessing whether it will enter IndyCar next year, team boss Zak Brown has suggested Vandoorne could be an ideal fit for its American program.

Brown suggests despite his axing from McLaren they maintain a positive relationship.

“Obviously, it’s difficult when you don’t renew someone, but he’s a professional. We’re fans of his.

“McLaren would definitely race with Stoffel in other racing series and I think it would be great to see his story continue with McLaren.”

Despite his predicament, Vandoorne believes he has plenty of support within F1.

“I feel a lot of support still from people high up in the Formula 1 paddock, let’s say, and people realise what the situation has been here at McLaren,” Vandoorne said.

“Ask Kevin (Magnussen), he’s been in a kind of similar situation and I think he really benefited from having a fresh start.

“It’s something I’m quite looking forward to as well, to have a fresh start and see what the future holds.”

Now at Haas, Magnussen made his F1 debut with McLaren before being relegated to reserve driver in 2015 and let go entirely at the end of the year.

He then went on to Renaut before joining Haas, where he’s rekindled the spark he showed during his junior career.

Though McLaren has still not confirmed if it will compete in IndyCar next season, Vandoorne has held conversations with Dale Coyne about a move stateside should he not find a berth in F1.