Erebus now heads to Bathurst with belief it can win

Erebus now heads to Bathurst with belief it can win 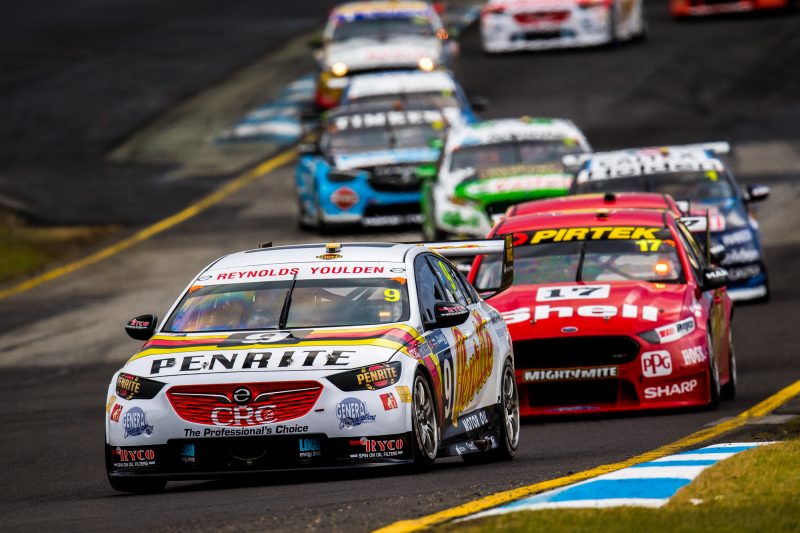 Erebus Motorsport heads to the Supercheap Auto Bathurst 1000 now expecting to be in the mix for victory as it looks to build on a shock win last year.

The Melbourne squad produced an underdog triumph last year when David Reynolds and Luke Youlden combined to see off all the favourites to score an unlikely win at Mount Panorama.

This year the operation will head to Bathurst with a different mindset of trying to defend its crown now armed with the confidence of a major race win under its belt.

Reynolds’ and Youlden’s win on the greatest stage was the only visit to the top step of the podium for the squad last year. This season the team has built on that success to become a genuine force in the championship with Reynolds scoring two race wins and a further five podiums to date.

Team boss Barry Ryan admits it will feel strange to be heading to Bathurst next month as reigning winners, but says the team now truly believes it can be in the mix to win again.

Although he reiterates the squad is not overconfident and understands that an element of fortune is always required to conquer the mountain.

“It is a good feeling because we went there last year thinking everything was going ok and we can aim for a top five or maybe get a podium,” Ryan told Speedcafe.com.

“We didn’t think we were experienced enough to contend for the win. But this year we actually believe we are going there to try and win Bathurst.

“I think it is realistic. We had a fast car last year and we have learned a lot since then.

“If we are sensible from the start of the weekend and roll out we car we knew, tune it up and make it that a little bit better with some of the stuff we a have learned from Tailem Bend.

“It is strange thinking that 12 months ago we actually won Bathurst.

“You never go there too confident but there is no reason why we can’t have a chance of winning.

“There is always a little bit of luck involved. If you get to the last two laps of the race and everyone has the same fuel and same tyres it is all down to who has a fast car.”

Erebus will head to Bathurst after a strong showing at the Rabble.Club Sandown 500 which saw Reynolds and Youlden finish fifth, while new pairing Anton De Pasquale and Will Brown came home in 12th position.