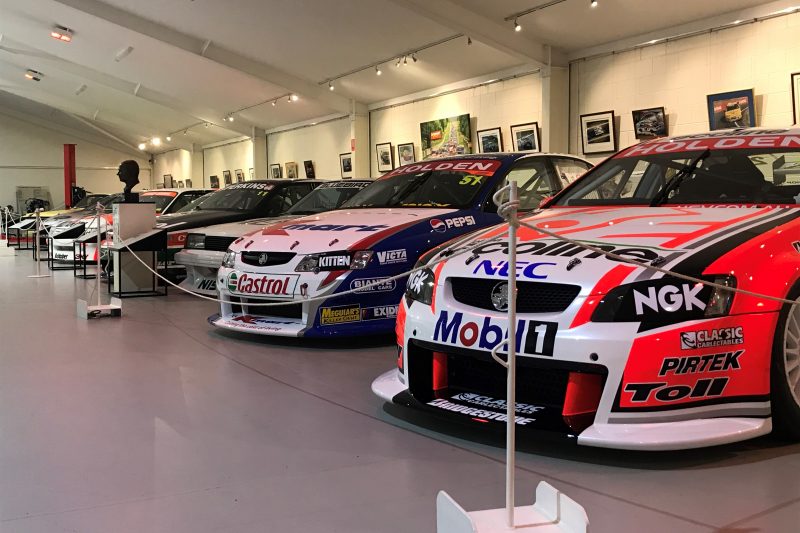 The National Motor Racing Museum at Mount Panorama is putting the finishing touches on a collection of Bathurst-winning Holdens to mark the 50th anniversary of the Lion’s first victory.

Eight cars harking back as far as all 50 years are already in place with others set to cycle through during race week for this year’s Supercheap Auto Bathurst 1000 and all the way to early December.

The collection includes a replica of the 1968 Great Race-winning HK Monaro which was honoured by Preston Hire Racing at last weekend’s Sandown 500, while the VF Commodore which Craig Lowndes took his most recent victory in is also on its way. (See below for full list)

NMRM Coordinator Brad Owen says that the exhibition, which draws on the museum’s existing fleet as well as loaned cars, will complement the display of victorious Falcons which Supercars is putting on for what will likely be the famous nameplate’s last Bathurst 1000.

“For the visitors there’ll be regular items on display and in addition, given that Supercars are sort of farewelling the Falcon, I thought there’s the opportunity for us to commemorate the 50th anniversary of the 1968 win for Holden,” Owen told Speedcafe.com.

“Given that we already have the replica of that car plus the ’76 winner, the Brock car from ’84, and also on loan we have the ’95 Castrol Perkins car, I thought ‘Well, get a few more cars that fit that bill and show the other side.’

“In addition to those ones we’ve got the ’79 A9X coming down from Bowden’s (collection) this weekend, and we’ve also got the Lap of the Gods ’03 car and the ’09 HRT that’s in place at the moment, but there are still a couple more to come.”

The majority of cars will stay until December, with an aim of nine to 10 for race weekend.

Located within the circuit precinct on the outside of Murray’s Corner, the museum will also operate to extended opening hours for the Thursday to Sunday of race week (0800-1800) and on the Monday (0800-1630).

The museum has 110 cars and bikes on display every day of the week, and Owen says that the collection has been refreshed in recent months.

“There have been a few comings and goings certainly in the last three months so people that may not have been here since last Bathurst weekend will see a lot of changes in the museum,” he explained.

The Holden and Ford displays are not the only special initiatives planned for this year’s Supercheap Auto Bathurst 1000, with Supercars recently announcing that Ryan Briscoe will cut laps in a GTE-spec Ford GT sportscar during the event.

Other cars may feature during the exhibition