MSR expects to be involved in REC silly season

MSR expects to be involved in REC silly season 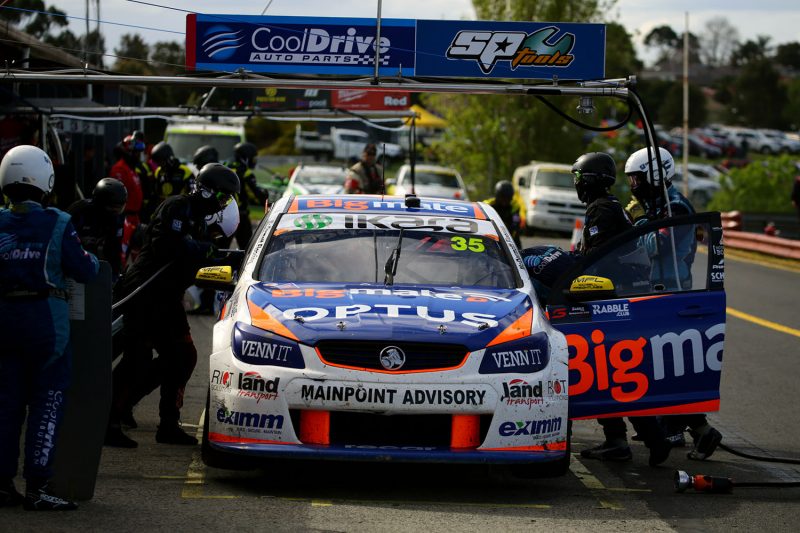 Matt Stone Racing could find itself active in the Racing Entitlements Contract market as it looks to shore up its future in the Supercars Championship next year.

The Queensland operation stepped up to the main game this season after leasing a REC owned by Jason Bright to run reigning Super2 Series winner Todd Hazelwood.

MSR had started the campaign with a DJR Team Penske built Ford Falcon FGX before electing to ditch the car for its VF Commodore from the OTR SuperSprint onwards, having struggled for results in the Ford.

It is part of a wider program that will see the squad switch back to Holden for next year with the ZB Commodore having struck a technical support deal with Triple Eight.

Team owner Matt Stone has told Speedcafe.com he expects his team to be involved in the silly season, revealing that the squad wishes to personally own a REC to further safeguard its future in the series.

“I can tell you we are not considering a second REC but I can certainly say the silly season has started and no doubt we will play our part in it,” Stone told Speedcafe.com.

“We currently lease and our intention in Supercars is not to be short-lived. Our long term goal is to own a lease (REC) and we are just trucking away with our plans at the moment.

“I can say without a doubt that we are not currently looking to run a second main game car.

The Supercars REC market appears to be busy this year with rumours suggesting a number of possible movements for 2019.

Triple Eight is understood to have a REC available following the news that its plans to replace Craig Lowndes with Simona de Silvestro have collapsed.

Super2 operation Kostecki Brothers Racing has indicated a wish to secure a REC and have been linked to both Triple Eight and Tekno Autosports, the latter has downplayed the sale of its entry.

Meanwhile, Preston Hire Racing is yet to confirm its structure for next season while there had been speculation that Nissan Motorsport could scale down its efforts, although the team has maintained that keeping its four-car model is imperative for its business plan.