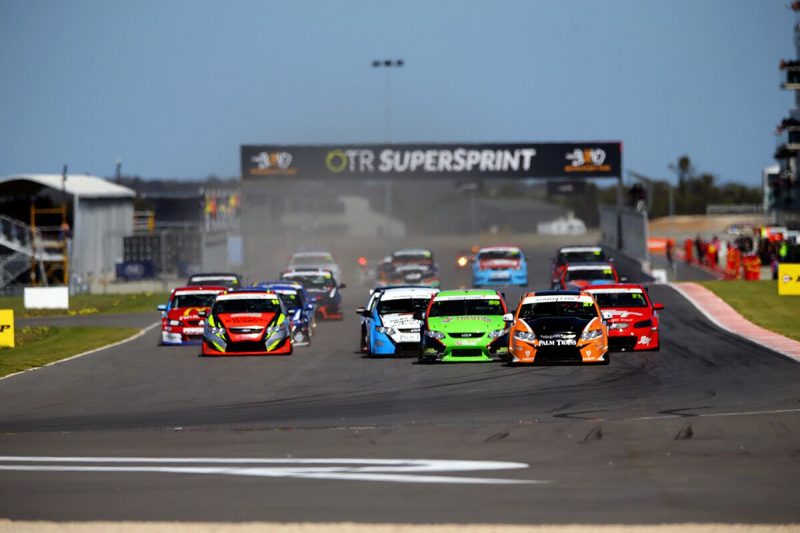 Organisers of the Kumho Tyre Australian V8 Touring Car Series are optimistic of fielding a solid grid of cars despite its late confirmation on the support bill for the Vodafone Gold Coast 600.

Supercars confirmed the unofficial third tier of the series as the replacement for Stadium Super Trucks following CAMS’ decision to suspend its Australian competition licence.

“We obviously didn’t have any idea what was going on in Super Trucks, that sort of all came out,” V8 Touring Car Series category manager Liam Curkpatrick told Speedcafe.com.

“I guess with our championship being over it’s probably a bit easier to fill in a gap than for a series that’s in the middle of a championship.”

Despite the late addition, Curkpatrick hopes a strong field will take part in the non-championship event.

“We obviously are hoping to get a reasonable grid of about 15 cars, but we’ll try to get as many as we can,” he said.

“Obviously we’ve got a month to pull it together, but going around to the competitor group and our wider database there’s been a very positive response, so I’m pretty sure we’ll get a good grid together.”

“The Gold Coast race weekend is one of the great motorsport events, and I did not have to think twice before entering the Aussie Driver Search Falcon in when the opportunity came about,” said Austin.

“The Kumho Series is a terrific breeding ground for future stars of the Supercars Championship, so I’m really looking forward to showcasing the Aussie Driver Search brand around the street track.”

Austin will drive the same car campaigned by Ryal Harris at Phillip Island in April, when the former V8 Ute racer made his debut in the series.

It will be the category’s first appearance on the Surfers Paradise street circuit, on October 19-21.