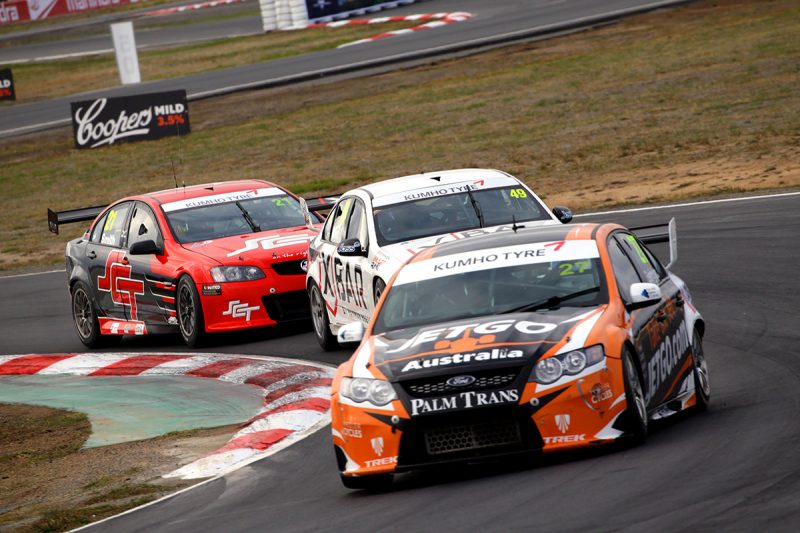 Supercars has confirmed that the Kumho V8 Touring Car Series has been drafted in as a late replacement for the suspended Stadium Super Trucks series at the Vodafone Gold Coast 600.

As revealed by Speedcafe.com yesterday, the Confederation of Australian Motor Sport has banned the popular Stadium Super Trucks from racing at the Surfers Paradise event (October 19-21) on safety grounds.

Event organisers have swiftly moved to replace the trucks with the unofficial third-tier Supercars category for what will be a non-championship standalone meeting for the series, which recently crowned Tyler Everingham as its 2018 series winner.

Speedcafe.com understands that despite the late call-up a strong grid of V8 Touring Cars will be present although an entry list is yet to be revealed.

Supercars has reiterated that discussions are ongoing between CAMS and Stadium Super Trucks regarding the category’s future in Australia.

“Although talks had been held between parties, the Stadium Super Trucks will not feature at this year’s Vodafone Gold Coast 600 following a ruling by CAMS that the category has been suspended from racing in Australia, based on safety grounds,” read the release issued to Speedcafe.com.

“Discussions are ongoing with the category manager regarding its future in Australia.”

The Gold Coast 600 ran without Stadium Super Trucks last year but their return for this year’s event is understood to have been a hit with fans.

News that the series will be absent from the schedule has sparked a huge response on social media.

It has also affected local competitors Paul Morris and series leader Matthew Brabham, with the former claiming the axing will prove a ‘devastating’ blow to the team in which he competes.