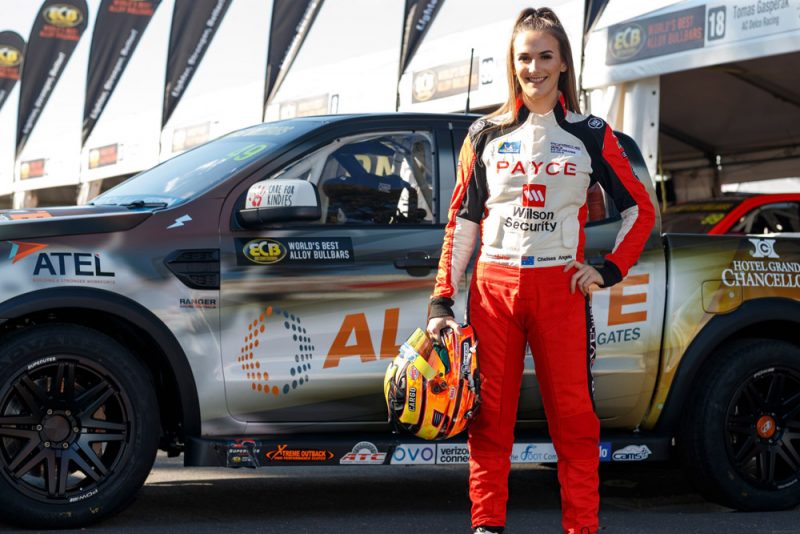 The ECB SuperUtes field will include Chelsea Angelo at the wheel of a Ford Ranger when the series reaches Bathurst next month.

Angelo has been confirmed as part of an expanded operation from Michael Formosa, who already fields an entry for his son, Christopher.

It will be Angelo’s first appearance in a SuperUte, after having previously competed in Formula Ford, Formula 3, and the Dunlop Super2 Series.

This season Angelo has been racing in the Porsche Michelin GT3 Cup Challenge for Wall Racing, where she sits fifth in the standings.

“Driving a ute is something I’ve never done before,” Angelo admitted.

“To be driving this (Ford Ranger) at Bathurst is going to be really different, really interesting in consideration with all the other categories I’ve been doing.”

While set to be her first outing in ute racing, Angelo has previous experience at Bathurst.

“I’ve raced in Formula Ford, Formula 3, did a bit of Development Series as well.

“The first time I was at Bathurst was in a Formula 3, and the second time was in a Super2 car.

“I’ve been there a couple of times, at least I have an advantage in that department,” she continued.

“It’ll be a lot different driving a ute as I’ve never driven a ute before, but it should be good fun.”

The field could also see another new addition courtesy of Charlotte Poynting, who is set to steer a Toyota Hilux for Western Sydney Motorsport should the car be completed in time.

Held on the October 4-7 weekend, the Supercheap Bathurst 1000 will mark Round 6 of the SuperUtes series.