Ogier expected to join Citroen for 2019

Ogier expected to join Citroen for 2019 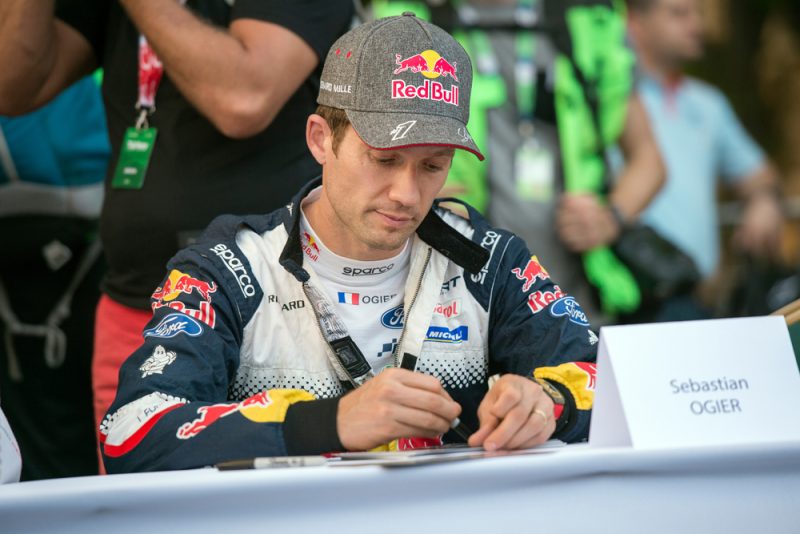 Sebastien Ogier is close to deciding his future amid reports that he will soon be announced as a Citroen driver for the 2019 World Rally Championship.

The Frenchman is out of contract with M-Sport at the end of the season, and is widely tipped to return to the team he last drove for in 2011.

Ogier and Citroen parted ways at the end of 2011 amid tensions with the team’s other driver, Sebastien Loeb.

He went on to win the first of five consecutive championhips in 2013, four with Volkswagen and the most recent at M-Sport.

“I think it’s getting closer,” Ogier said of his deal for next season.

“I wanted to know more about the commitment (from the manufacturer) and we’re getting that.

“You know I always wanted to have this finalised soon and hopefully that can happen.”

Citroen has also not confirmed Ogier’s imminent arrival, with team boss Pierre Budar saying he’s in no rush to make an announcement.

“We have no fixed timetable for any announcement,” he explained.

“I can’t tell you it will be next week or next month.

“We have to make sure everything is completely clear until we make this announcement and I’m not the only one involved in this – we will do this when we are all ready.”

At 34-years-old, Ogier has previously stated that his next contract, which is expected to run for three seasons, would be his last in WRC.

However, current boss Malcolm Wilson isn’t giving up without a fight.

“You never know what can happen,” he said.

“We’ve been working on this for a long time and we won’t stop.

“Retaining Sebastien has been the focus of our plans for next year and it remains so. We’ll keep working at it.”

Citroen has had an unstable driver line-up in 2018.

It dropped its only would-be full-time driver Kris Meeke mid-season due to an “excessively high number of crashes”, calling up Mads Ostberg to fill in for most of the balance of the season.

Craig Breen has driven its other full-time entry except for Loeb’s two appearances so far of three.

The next event is Wales Rally GB on October 4-7 before Rally Catalunya at the end of next month.

Australia will host the season final in Coffs Harbour on November 15-18.