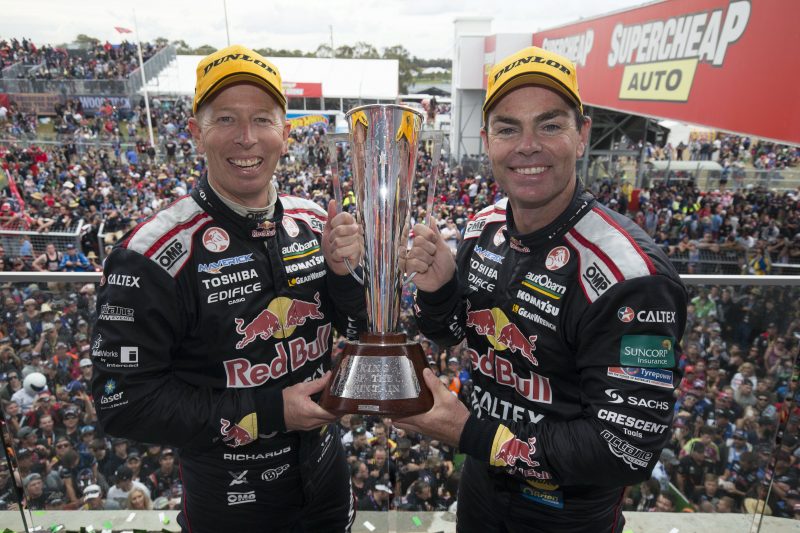 Craig Lowndes will be formally named as an honorary citizen on Bathurst at this year’s Supercheap Auto Bathurst 1000.

The six-time winner of the Great Race will be contesting his last as a full-time Supercars driver when he teams up with Steven Richards behind the wheel of the #888 Triple Eight Holden next month.

The 44-year-old has enjoyed a wealth of success at Mount Panorama winning his first Bathurst 1000 in 1996 alongside Greg Murphy.

Lowndes has also won the Liqui-Moly Bathurst 12 Hour twice with his first arriving in 2014 followed by a success in 2017.

“It is a great honour to be recognised as an Honorary Citizen,” said Lowndes.

“Bathurst and I share a lot of history and Mount Panorama is a place I consider very special. It’s an icon of Australian motorsport, but also a place very close to my heart”.

Mayor of Bathurst Cr Graeme Hanger OAM said it was fitting that Lowndes, who debuted at Bathurst in 1994, be awarded the honour at his last appearance at Bathurst as a full-time Supercars driver.

“Craig will join just 18 other people who have been honoured with the title honorary citizen, and he joins fellow racing drivers including Peter Brock and Allan Moffat, artist Dr Lloyd Rees and owners of the Mars confectionary company John & Adrienne Mars on that list,” said Hanger.

“He was also awarded an Order of Australia Medal for services to both the community through his road safety work and to his sport. He is also a firm fan favourite.

“Craig has also recently voiced an app for Council which tells some of the motorsport stories associated with the iconic Mount Panorama circuit.”

The title, honorary citizen of Bathurst, is awarded to those who are not citizens of the city, but who have contributed beyond the call of duty to the city.