TRS test on offer over next two F4 rounds

TRS test on offer over next two F4 rounds 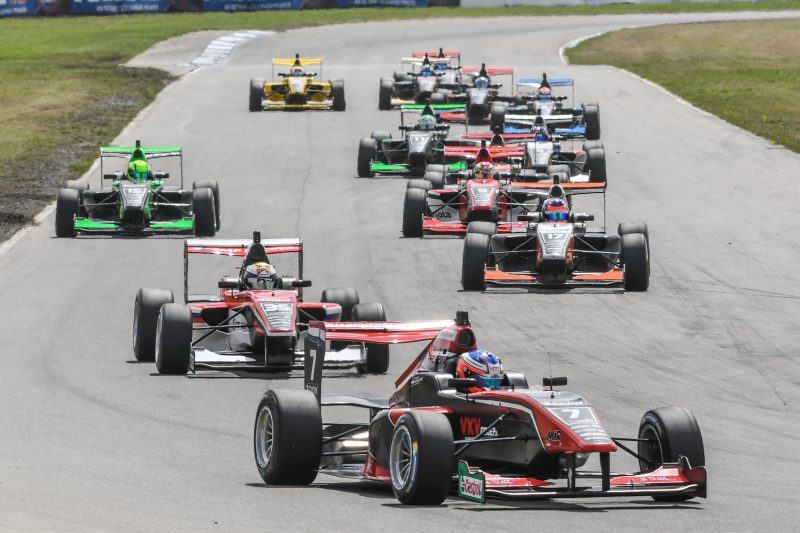 A Toyota Racing Series test is on offer over the next two Australian Formula 4 rounds pic: Bruce Jenkins

A test in a Toyota Racing Series car will be granted to the best performing driver in the final two rounds of the CAMS Payce Australian Formula 4 Championship.

The driver who records the greatest points score across the Sydney Motorsport Park and Pukekohe rounds will win the test, to take place at Hampton Downs in December.

CAMS CEO Eugene Arocca hopes that the initiative, which coincides with the first Australian Formula 4 round to be held in New Zealand, will lead to more Australians racing across the ditch in TRS.

While no Australians entered this year’s series, Thomas Randle took the title the year prior.

“This year’s Formula 4 Championship is shaping up to be the closest since its inception and the Toyota Racing Series test day is an exciting aspiration for our drivers to look forward to,” said Arocca.

“We are thrilled that the strong partnership with our New Zealand compatriots has resulted with a great working relationship between Formula 4 and the Toyota Racing Series.

“We look forward to more Australians making their mark across the ditch.”

The test will be held on December 11 in a current specification FT-50, after the final round of the season at the ITM Auckland SuperSprint on November 2-4.

All teams and drivers will tour the Toyota Racing headquarters at Hampton Downs in the lead-up to the Pukekohe race weekend.

The overall Formula 4 champion will receive a Supercars test with Brad Jones Racing, while two drivers judged to have the best all-round performance are set to be handed a Porsche Carrera Cup test with Volante Rosso.