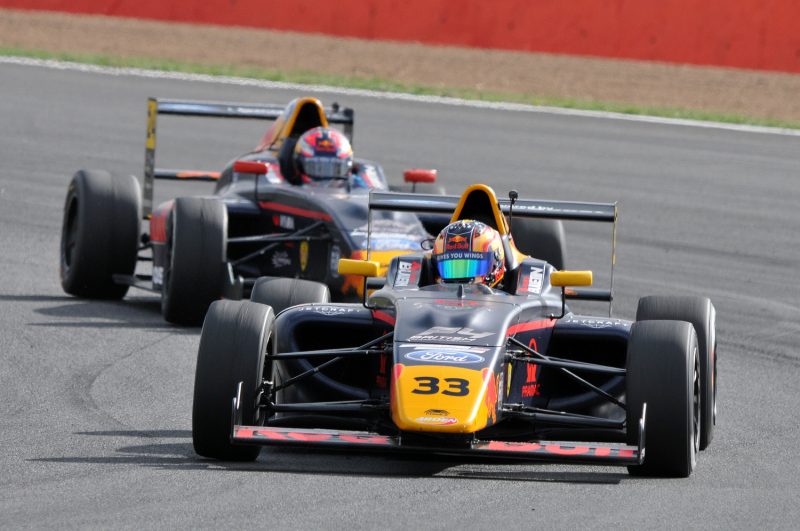 Doohan added another outright race win to his tally, making it three this season after a fine performance in Race 2.

The Arden driver led home stable-mate Patrik Pasma by three seconds as the final spot on the podium was decided on the last lap of the race with Kiern Jewiss crossing the line 0.006s ahead of Ayrton Simmons.

Johnathan Hoggard grabbed Race 1 and Race 2 honours, where Doohan finished third in both encounters and once again leads the Rookie class standings.

Brands Hatch hosts the final round of the season from September 29-30. 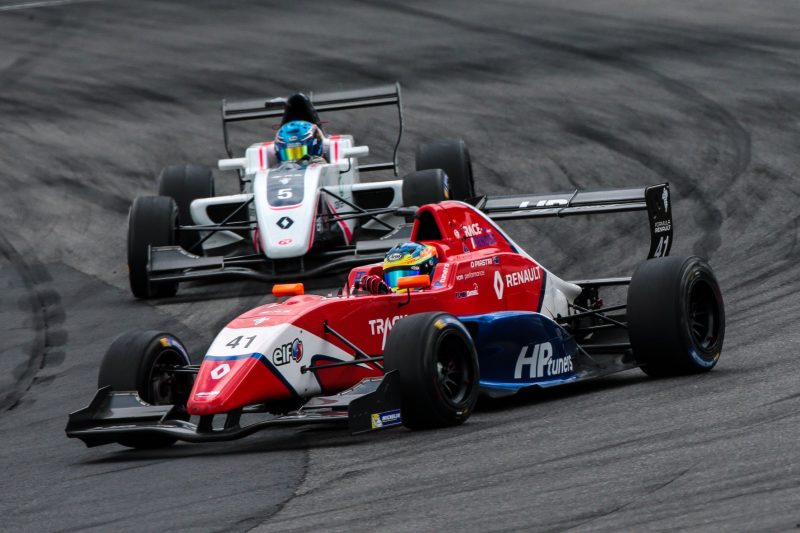 Oscar Piastri was the best placed Australian in Formula Renault Eurocup at the Nurburgring.

Piastri finished up seventh in Race 2 at the wheel of his Arden machine after being caught up in a Lap 1 incident during the opening encounter which saw him finish 16th.

Thomas Maxwell enjoyed finished ninth in Race 1 before slipping to 11th in Race 2.

Countryman Alex Peroni had a consistent weekend with 10th in Race 1 and ninth in the second hit-out.

Christian Lundgaard leads the championship ahead of the penultimate round at the Hockenheimring this weekend (September 21-23). 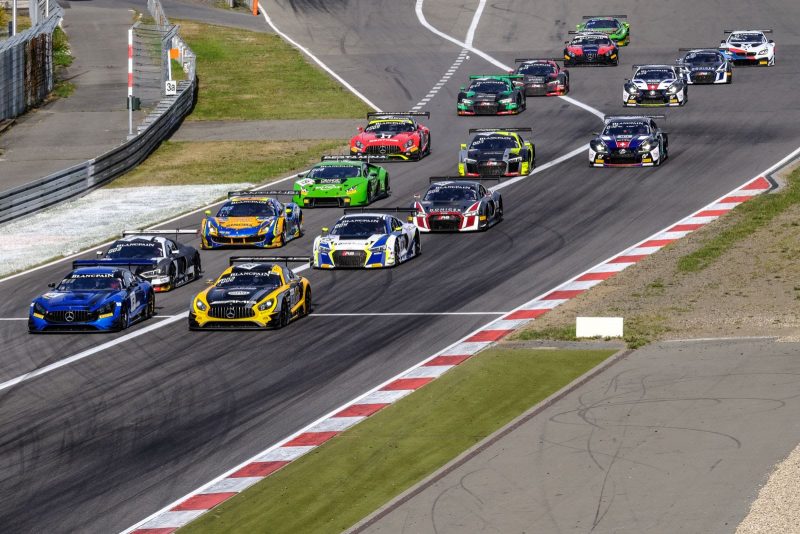 The Blancpain GT Series field at the Nurburgring

The Grasser Lamborghini pairing of Mirko Bortolotti and Christian Engelhart won Saturday’s Race 1, but were disqualified from the entire weekend for multiple offences.

It was found that following the Race 1 chequered flag, Engelhart removed his gloves, unbuckled his harness and removed and destroyed the SD card of an onboard camera.

Prior to the disqualification, the duo were handed a post-race penalty for a separate offence, meaning that points leaders at the time, Christopher Mies and Alex Riberas, inherited the Race 1 win.

Heading into Race 2, nine points was the difference between the AKKA and WRT pairings, but drama for the Audi squad dropped them out of contention in the final five minutes.

While Meadows led up front, Riberas attempted a move for fourth which would have been enough to clinch the title, but ran off road and ultimately was forced to pit, conceding his and Mies’ title hopes.

Riberas and Mies held on to second in the championship, while Kelvin van der Linde and Steijn Schothorst claimed third.

Blancpain GT heads to Circuit de Catalunya for the final Endurance Cup round of the season where the outright teams’ and drivers’ championships will be decided. 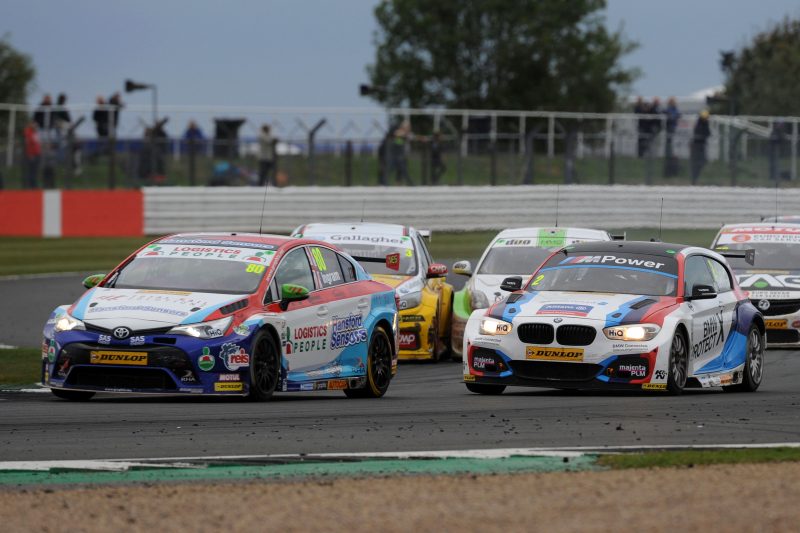 The 2018 British Touring Car Championship will go down to the final event of the season after Tom Ingram reduced series leader Colin Turkington’s advantage to just 34 points.

Sam Tordoff won the first race of the weekend from pole position ahead of teammate Tom Chilton and Ricky Collard in third.

Ingram’s Race 2 win proved critical with the Speedworks Motorsport pilot driving through the field to the top spot from 15th on the grid.

Mercedes-Benz’s Aiden Moffat prevailed in a six-way battle for the win in the final race.

Moffat produced a lights to flag performance, while championship protagonists Turkington and Ingram scrapped it out for second.

Ingram came out on top with Turkington having to settle for third place.

The series will conclude at Brands Hatch on September 29-30. 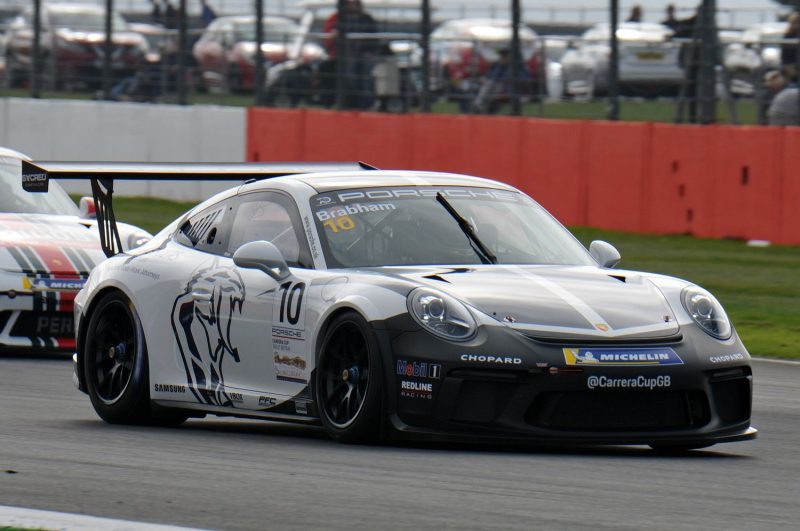 Australian Sam Brabham was midfield in both races in Porsche Carrera Cup Great Britain at Silverstone.

Returning to racing after a four-year hiatus, Brabham finished with a 16th place result in Race 1 and 13th in Race 2. 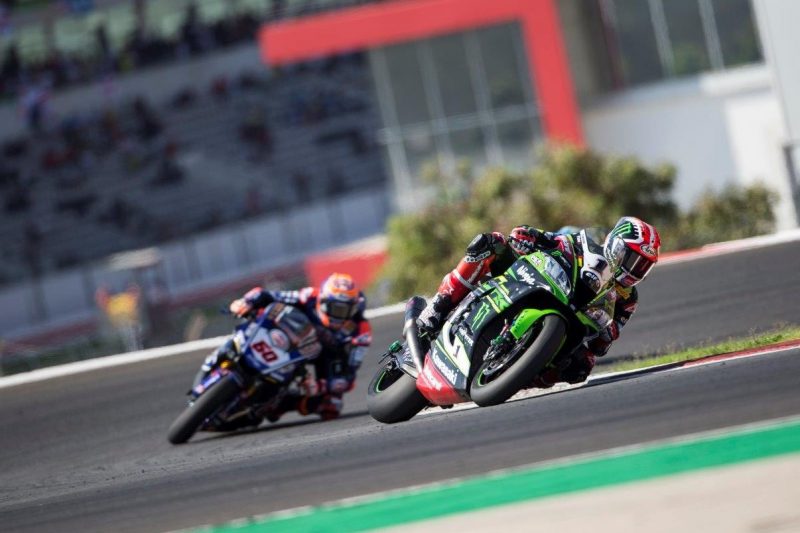 Jonathan Rea is in sight of a fourth straight Superbike World Championship crown after sweeping Round 10 at Portimao.

Rea moved into the lead on the first lap of Race 1 and went on to take a small yet comfortable win aboard the #1 Kawasaki Racing Team entry.

Marco Melandri (Aruba.it Ducati) finished second having headed the field into the first corner before he ran wide and let Rea past.

In Race 2, Rea jumped from ninth on the grid to third on Lap 1 and passed team-mate Tom Sykes on Lap 3.

He then had a huge battle with Chaz Davies (Aruba.it Ducati) which was resolved in favour of the championship leader when Davies ran wide on Lap 12.

Melandri then challenged his team-mate, which opened the door for van der Mark to take second.

The Dutchman closed in on Rea but couldn’t pass, while Melandri took third.

Rea needs 34 more points to win the title with 50 on offer in the third-last round of the season at Magny-Cours on September 28-30. 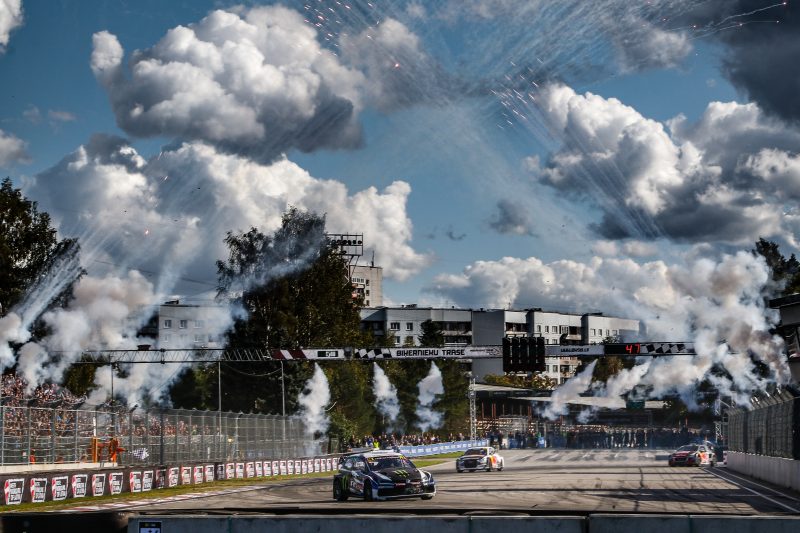 Johan Kristoffersson was able to extend his lead in the World Rallycross Championship with a victory in Round 9 at the World RX of Latvia.

The Swede took maximum points on his way to his eighth win of the season aboard his Volkswagen Polo.

World Rallycross’s next round takes place at the Circuit of the Americas on September 29-30.