Tanak moves to second in WRC with Turkey win

Tanak moves to second in WRC with Turkey win 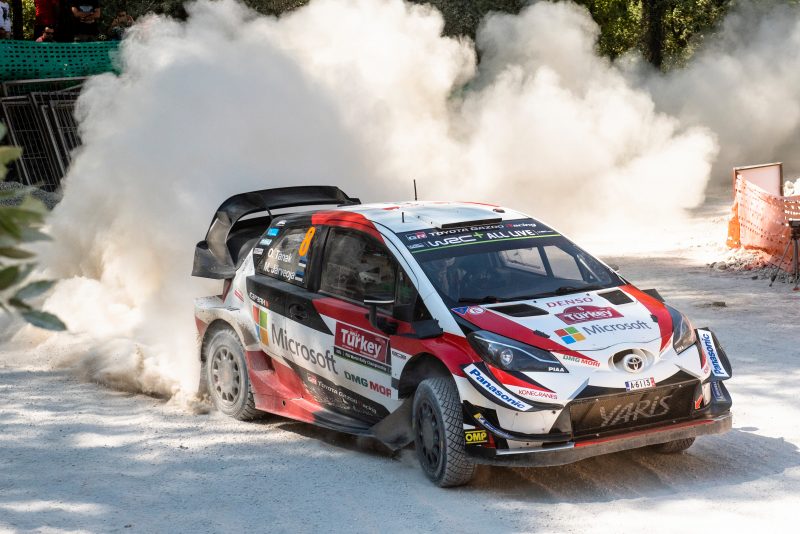 Neuville arrived first and Ogier second in the World Rally Championship and held those positions after the first full day before both retired due to a suspension failure and an impact with a tree, respectively.

They restarted on the final day and each managed to earn five crucial championship points, although Tanak’s event win means that the Toyota Gazoo driver now splits them in the standings.

Neuville won the day’s first running of the Marmaris stage in his Hyundai and again when it served as the rally-ending Power Stage.

It meant that he preserved his 23-point lead over Ogier after the M-Sport Ford driver clawed back one point for finishing the event in 10th before going runner-up through the Power Stage.

The Frenchman fell only 1.6s short of Neuville on the final stage despite being hampered by a left-rear puncture, having won the other two stages of the day.

Tanak saw the rally lead fall in his lap amid the chaos of Saturday, when team-mate Jari-Matti Latvala ended up behind him on the timesheets with a healthy margin to third position.

As such, Toyota Gazoo Racing ordered its drivers to not make the final day a contest.

As long as the Estonian kept his Yaris straight, the main point of interest was the Power Stage, in which Tanak collected three points to close the gap to Neuville to 13 points.

Hayden Paddon was similarly destined for third on the final day in Turkey, and so it was that the Hyundai driver scored his first podium of the season.

“When you’re in ‘no man’s land’ it can be really hard because you have to look after the car,” said the New Zealander.

“It can be really painful but it’s what you have to do.

“I am really happy to take our first podium of the season. It has been a very tough rally.

“We have adopted a particular strategy this weekend that has required us to hold back and be patient. Thankfully that approach has paid off and we have been rewarded with third place – it’s been a while since we’ve been on the podium!

“It hasn’t been the rally that the team wanted or deserved. I am fully behind them coming back in the final rounds of the season and I am personally looking forward to Wales Rally GB.”