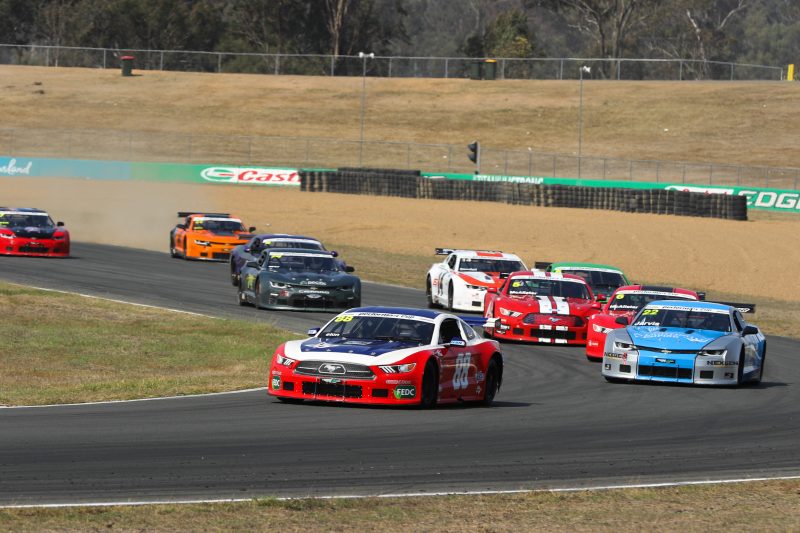 Russell Wright put a move on Hugh McAlister midway through the race to move into second, before a fuel pressure problem in Race 2 saw Wright drop down the order.

A clash between Peter Robinson and Murrary Kent left the latter in the weeds while Ian McAlister and Anthony Tekate became embroiled in a race-long scrap for fifth.

Ashley Jarvis claimed second ahead of Hugh McAlister, Wright dragging his ailing car to the line in fourth.

Seton’s domination continued into Sunday’s two races, the third-generation race putting in another pair of commanding performances to leave the event with a perfect result.

The weekend’s third race saw drama when Wright suffered a clutch failure which saw him pitched into a spin while shaping up to put a move on High McAlister, who ended the race second.

Brake failure for Mark Crutcher saw the Camaro crash out of the race at high speed, triggering a lengthy Safety Car interruption .

The incident ruled Crutcher out for the remainder of the weekend, while his crash also caused a grass fire.

Seton then claimed another green-to-chequered victory in race four as Jarvis held second only for his tyres to fall away in the closing laps and allow McAlister around the outside of Turn 3 on lap 10.

With a clean sweep of the weekend, Seton won the round from McAlister and Jarvis, who maintains the series lead from Wright by 16 points with McAlister a further 19 points adrift.

The final TA2 Series round for 2018 will be held at Sydney Motorsport Park on October 26-28.