Parsons and Winslow steered the #95 Craft-Bamboo Racing car to the top step of the podium in what is Winslow’s first win since a nasty crash in December 2017.

Winslow started the race assuming the lead before handing the car over to his young team-mate.

Twenty three-year-old Parsons brought the car home in Race 1 with a faultless performance, with Race 2 cancelled due to the arrival of Super Typhoon Mangkhut.

“I would say I’m incredibly proud of the team and my team-mate James. Such a good feeling to win my debut LMP3 race and continue the streak of finishing on the podium in every race this year from F3 to LMP2 and now this,” said Parsons.

“Returning to Zhuhai had good memories after winning there last year, again we were strong & we topped the practice timing sheets,” added Winslow.

“My new co-driver Jake Parsons & I worked extremely well together with our engineer Bruce & we moved the car forward each session.

“We knew we were strong heading into the race & very effectively activated a strategy which saw us lead the whole race from start to finish.

“The start was extremely close & 3-a-breast into T1 & once I passed Nigel Moore on lap 1 we controlled the pace of the race from the front & pulled a gap.

“Jake held our lead through his amazing stint. Jakes’s debut in LMP3 with a victory & our fifth victory as a team in this series. Very proud of the whole team after a perfect weekend.” Ex-McLaren F1 driver Jenson Button and Naoki Yamamoto took a convincing victory in the sixth round of the Super GT championship at Sugo.

Button and Yamamoto started from pole and and cleared off early in the Honda, fending off every challenge from behind before Button earned his first win in any category since the 2012 Brazilian Grand Prix.

New Zealander Nick Cassidy and teammate Ryo Hirakawa’s day ended with a DNF after the pair started ninth and made up a number of positions before having to retire with mechanical issues five laps from the end.

Cassidy and Hirakawa have now slipped to third in the Super GT standings, with Button and Yamamoto moving into the lead.

Super GT travels Autopolis for its next round over October 20-21 before the season finale at Twin Ring Motegi on November 10-11. 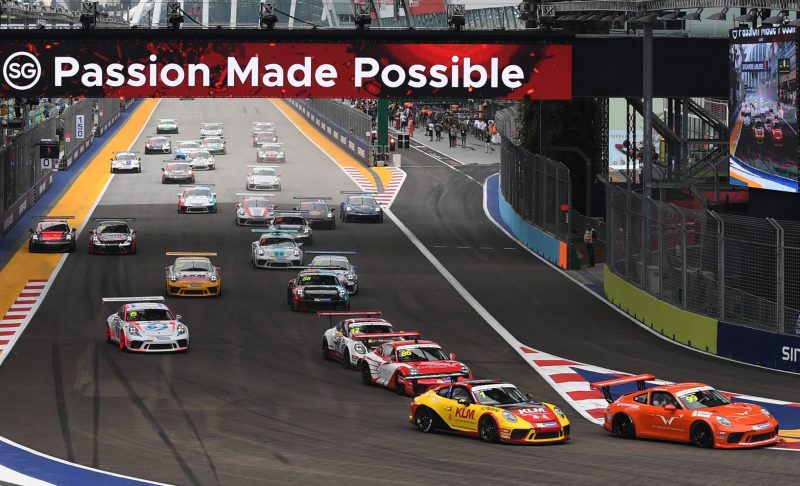 Van der Drift sliced past pole-sitter Philip Hamprecht on the first lead to capture the lead, holding sway through to the chequered flag.

Hamprecht then came under pressure from Martin Ragginger who also got by the German, as Kiwi Will Bamber made it onto the podium with his own move on Hamprecht.

New Zealander van der Drift now holds a 167 points advantage to Hamprecht heading into the final events of the season at Sepang and Shanghai, the former taking place from September 28-30.