Whincup quickest in Sandown warm up

Whincup quickest in Sandown warm up 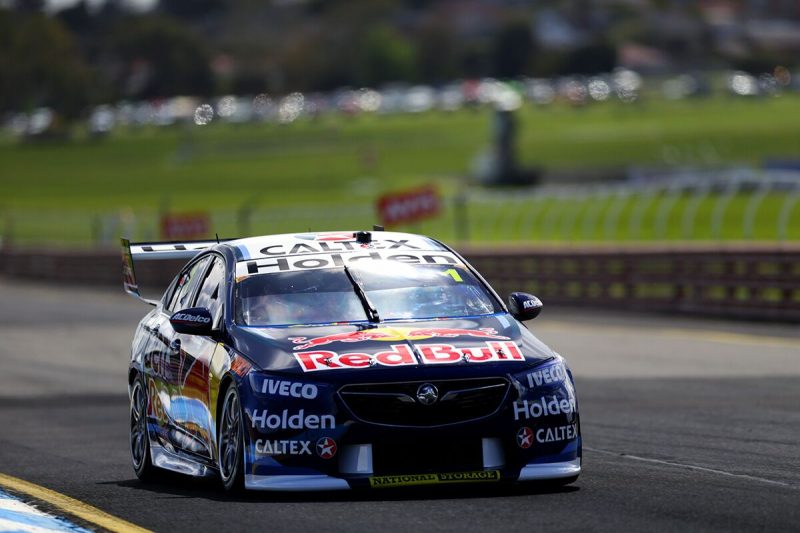 Jamie Whincup has topped the warm up for this afternoon’s Rabble.Club Sandown 500 as Nissan Motorsport showed off a new pit stop innovation.

Whincup (#1 Red Bull HRT ZB Commodore) rolled out a 1:08.4080s on his second flyer that stood up for the balance of the 20-minute session while there was a mechanical drama for Erebus Motorsport’s #99 ZB Commodore of Anton De Pasquale and co-driver Will Brown.

A noteworthy development came to light as teams took the opportunity to complete systems checks and practice pit stops ahead of the first two-driver race of the season.

Nissan Motorsport revealed a system whereby it can change the brake rotor and calipers as a single unit on its Altimas, which it rehearsed multiple times during the 20-minute session.

The system is especially significant in light of the fact that teams will be compelled to change rotors during next month’s Supercheap Auto Bathurst 1000 for the first time.

At Erebus, however, De Pasquale pulled Car #99 into the shed four minutes before the chequered flag after the front end was bouncing around with an apparent geometry problem.

“I’m not too sure, I just drove out of pit lane and it was like driving those West Coast Customs cars, bouncing around,” said the rookie during the final minutes of the session.

“Not sure if something is broken or has been misplaced in the front; we’ll have a look at it.

“I think the guys know what’s wrong, but obviously can’t fix it in two minutes. We’ll have it sorted for the race.”

The other Triple Eight ZB of Shane van Gisbergen was fifth-fastest, with co-driver Earl Bamber providing the main on-track highlight when he ran Car #97 off-track through the downhill slalom for a seemingly innocuous excursion.

Jonathon Webb finished the session in the #19 Tekno Autosports ZB Commodore, which he put third on the timesheets.

In an encouraging sign for Shell V-Power Racing, which struggled for pace on Saturday even if it locked out the second row of the grid for the 500, Scott McLaughlin placed the #17 FGX Falcon fourth-fastest.

“There’s only so much you can do to counter some straight line performance from the other cars of course,” said DJR Team Penske managing director Ryan Story.

“We won’t mention that ‘P’ word (parity) that everyone seems to have an allergic reaction to, but we worked pretty hard overnight to tune these things up with what we have.”

McLaughlin himself had a similar view.

“That was a lot better,” said the Kiwi.

“Full tanks, it feels good across the run. It’s a shorter run that we’ll normally do, but still feel pretty good. We made some good improvements.

“We’ve tried all weekend to be amongst them (Triple Eight particularly) down the chute; obviously they’re pretty quick in a straight line.

“(We’re) Trying to combat that, plus have a good car in the corners. We’ll see how we go today and give it a good crack.”

The #55 Supercheap Auto FGX Falcon of Chaz Mostert and James Moffat was sixth, ahead of the #25 Boost Mobile ZB Commodore for which repairs finished around midnight after James Courtney’s prang in Armor All Race for The Grid 2.

Pole-sitter David Reynolds put the #9 Erebus Penrite ZB Commodore, which Luke Youlden is expected to start, 11th on the timesheets.