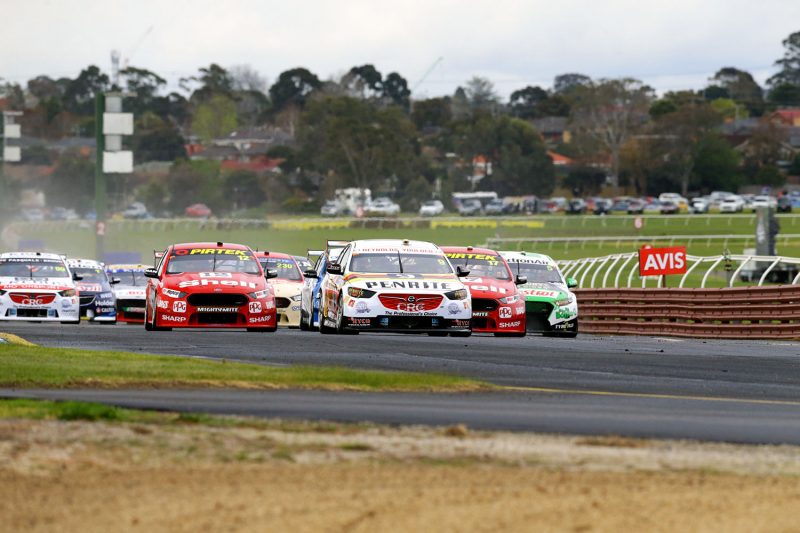 Supercars has made changes to improve its scrutineering procedures

Supercars has moved to improve its procedures to ensure its technical team pick up rule breaches earlier to avoid a repeat of the situation that saw DJR Team Penske penalised for an infraction three weeks after the incident.

Shell V-Power Racing was issued a $30,000 fine yesterday at the Rabble.Club Sandown 500 for mistakenly fitting an incorrect drop gear to Scott McLaughlin’s car for a qualifying session on the Sunday of the OTR SuperSprint at The Bend Motorsport Park.

The outfit admitted the fault and rectified the issue prior to Race 23 in South Australia while it has been deemed the infringement did not offer a performance advantage.

It has been revealed that human error in the packing of transaxles saw the team accidentally use a component earmarked in the development of the new Ford Mustang supercar.

However, the rule breach was missed by Supercars technical team during the event and only picked up post event.

It had appeared the team would escape penalty until the matter was referred to the stewards on Friday.

Supercars CEO Sean Seamer has confirmed to Speedcafe.com that changes to the technology used to carry out scrutineering checks have been made to improve the system in place.

“First of all it is never good to find something after results have closed. The (technical) team have put an algorithm in place to be able to identify any data anomalies in the future so we will be able to pick things up in real time,” Seamer told Speedcafe.com.

“All we can do is learn from it. We have made changes in the technology to be able to help the teams find it in future.”

The championship’s transparency regarding the matter had been called into question by teams prior to the release of a statement which confirmed a referral to the Stewards.

Seamer is adamant the series was not trying to hide the matter and has revealed that should a similar situation occur then an announcement would be made earlier and prior to the next race meeting.

“What we like to do is talk about things when we know what the outcome is but the challenge with this situation has been that it was discovered in between race meetings,” he added.

“I think that this is such a unique situation and if we find ourselves in this situation where we are in the place again, depending on how close or far apart the rounds are we may consider a temporary announcement if need be.

“We had responded to enquiries before we got to Sandown and it is not like we tried to hide anything. We have been doing the work that we have needed to do.”

The Sandown 500 continues today with the showpiece 161 lap Pirtek Enduro Cup opener due to begin at 1320 AEST.