Stewards hand out penalties after Sandown 500

Stewards hand out penalties after Sandown 500 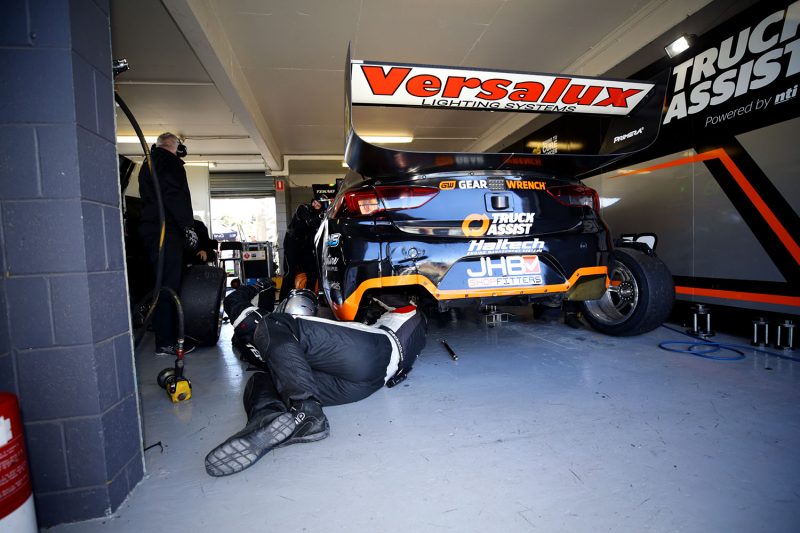 Stewards have handed out penalties to four drivers and Tekno Autosports following the Rabble.Club Sandown 500.

A number of incidents were reviewed mid-race, with the Macauley Jones and Nick Percat BJR Commodore picking up two separate drive through penalties for pit lane and Safety Car infringements.

However, post-race stewards meted out further penalties for contraventions both before and during the race.

Tekno copped a 30 point penalty in the teams’ championship, plus a $3,000 fine, for unsafe working practices in the garage.

During the early stages a broken track rod forced Jonathon Webb into the lane, with the car wheeling the car into the garage to repair the fault.

While doing so the team neglected to fit incompressible jack stands, which left the team in break of Rule D11.8.2.

Stewards also handed out $1,000 fines to four Tickford Racing drivers after they were absent from the red carpet presentation immediately prior to the race.

Last year’s race winners Cam Waters and Richie Stanaway, and team-mates Mark Winterbottom, and Steve Owen were all handed $1,000 fines after breaching Article 6.1 of the Supplementary Regulations, and breaching the event’s Promotional Schedule.

During the race, Dale Wood was investigated after tangling with Chris Pither on the opening lap, while Will Brown and Aaren Russell were also investigated for a clash on lap six.

Neither incurred a penalty, nor were either Dean Fiore or James Courtney penalised following their touch which left the Nissan with broken steering on lap 21.

That incident triggered the first of two Safety Cars during the race, which was on track for a total of five laps.