Kostecki holds on to sweep Super2 at Sandown

Kostecki holds on to sweep Super2 at Sandown 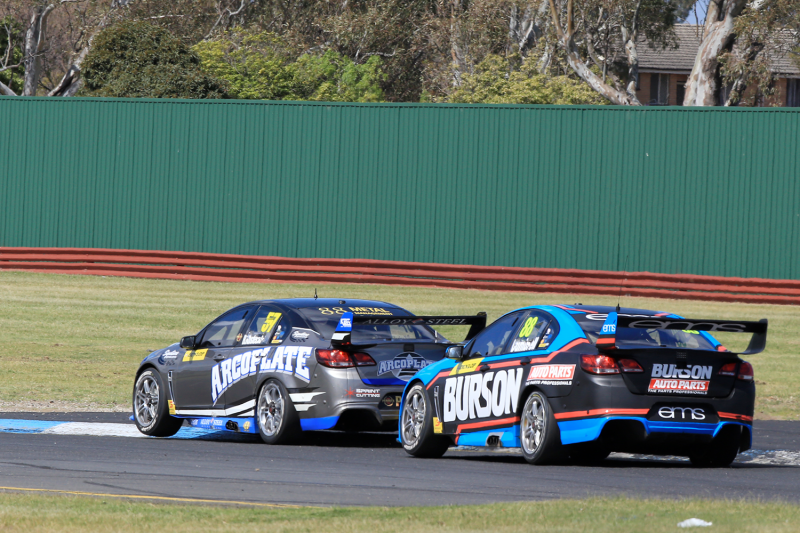 Brodie Kostecki did a stellar job to hold out Paul Dumbrell in a wounded car and bag a second Dunlop Super2 race win less than 24 hours after his first.

The second-year driver battled a broken front anti-rollbar blade in the #57 Kostecki Brothers Racing VF Commodore which had Dumbrell all over him for much of the race.

When Dumbrell couldn’t find a way past, Chris Pither started to attack the #88 Eggleston Motorsport VF and that eventually gave Kostecki enough breathing space to not only win again, but now do it by being first to the chequered flag.

Dumbrell staved off Pither on the final lap to stretch his series lead to 226 points with two rounds and 600 points left on the table at Bathurst and Newcastle.

Kostecki started from first position for the first time after Garry Jacobson, the fastest man in Armor All Qualifying, was penalised three grid positions for impeding Chris Pither.

Pither was strong off the line but couldn’t put Dumbrell behind him at Turn 1 and had to slot the #44 Garry Rogers Motorsport VF Commodore into third.

Dumbrell had a big look at Turn 4 on Lap 16 but Kostecki held on, bottling up the rest of the seven-car lead group.

Car #88 consequently had Pither and Jacobson swarming all over it as they climbed the back straight, and the other three joining in as they descended into Dandenong Road, but positions remained unchanged.

A Safety Car for the stricken Nathan Morcom, whose #54 Eggleston Motorsport VF Commodore had a clutch problem, meant that everyone cooled their heels for a lap before hostilities resumed on Lap 19.

Kurt Kostecki put his Commodore down the inside of Jacobson at Turn 1 on Lap 20, the contact taking both wide and elevating Fiore to fourth and Jones to fifth.

Race Control then announced a 15-second penalty to Fiore for a restart infringement.

Brodie Kostecki ran very wide into the first corner on the penultimate lap but survived again thanks in part to Pither’s attempt to pass Car #88 as Dumbrell looked to capitalise himself.

Kostecki already had a bit of breathing space when Pither had another crack at Dumbrell a lap later, but still to no avail.

Will Brown (#38 Eggleston Motorsport VF Commodore) was 11th and Fiore 19th with time added after crossing the stripe fourth.

Round 6 of the series is the showpiece 250km enduro on the Saturday of the Supercheap Auto Bathurst 1000 weekend, which will be held from October 4-7.