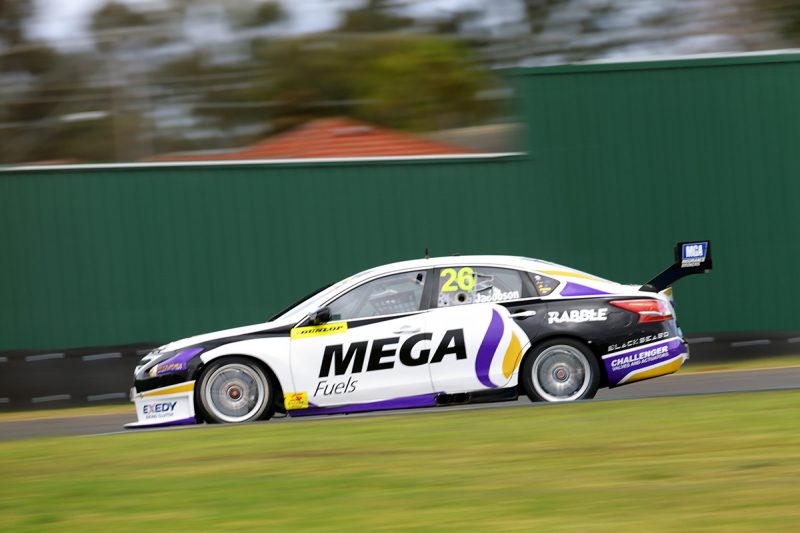 Garry Jacobson has broken the practice record on his way, provisionally, to Armor All Pole Position for Race 2 of the Dunlop Super2 Series at Sandown.

Jacobson clocked a 1:08.5820s after the chequered flag as the field ran on super soft tyres for the first round in five years.

There is a level of uncertainty about the result, however, given that Race Control announced an investigation into contact between he and Chris Pither at the end of the first runs.

Pither was on a fast lap, personal best to the second sector, when he came up on Jacobson and nudged the #26 MW Motorsport Nissan Altima through Dandenong Road.

The Kiwi pitted the slightly dented #44 Garry Rogers Motorsport VF Commodore at the end of the lap while his engineer David Swenson confirmed that the car was on warm up tyres for the first run, like the bulk of the field.

There was no subsequent notification on the timing monitor about the outcome of the investigation.

In any event, Brodie Kostecki will start from the front row fresh off his first race win in the series the afternoon prior.

He had been the first under the practice record on his second flyer in the #57 Kostecki Brothers Racing VF Commodore, a lap which held up all the way until Jacobson’s late effort.

Paul Dumbrell (#88 Eggleston Motorsport VF Commodore) and Pither came in within 0.2s of Jacobson’s time to qualify on the second row, while Dean Fiore was the other man under Pither’s two-day-old practice record.

The second and final race of the weekend, scheduled for 22 laps, starts at 1205 local time/AEST.