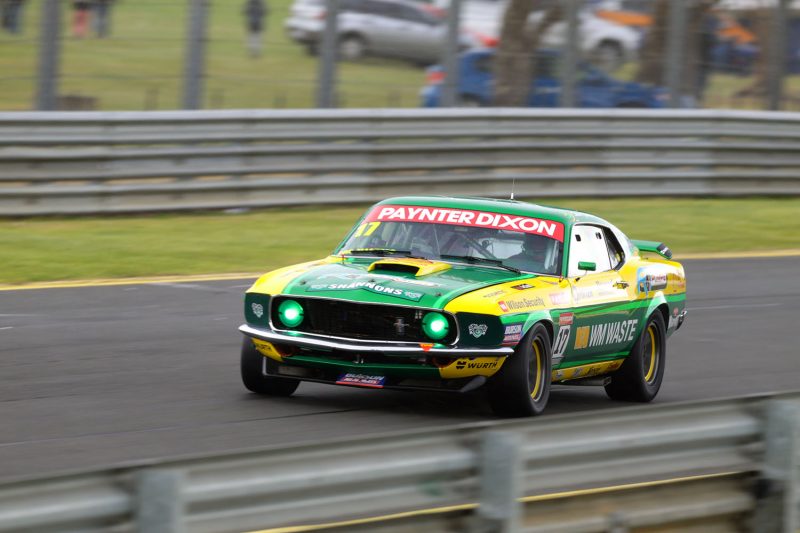 Steve Johnson and Dean Lillie were victorious in the Paynter Dixon Touring Car Masters on Saturday at the Rabble.Club Sandown 500 while a crash for Macus Zukanovic marred Race 2. 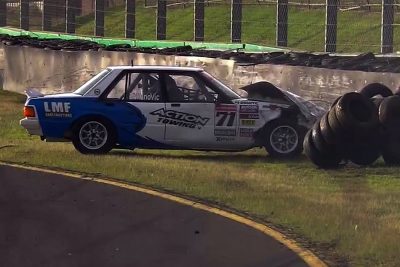 Zukanovic showed strong form throughout the day in his brand-new XD Falcon which is making its debut this weekend, but while running second in the afternoon’s Race 2, went straight on at Turn 6 and found the tyre barriers heavily.

The crash, which occurred on the opening lap of the race, brought out the red flag with extensive barrier repairs required.

While Zukanovic exited his car unscathed, the race was declared a non-event by officials.

The car will not take any further part in the weekend. 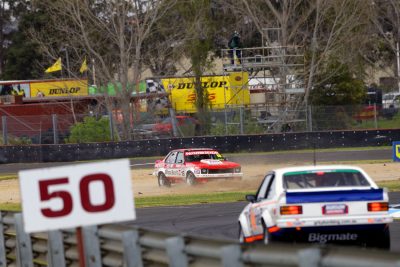 John Bowe found himself in the gravel during Race 1

Conditions became tricky in the closing stages with a downpour on-track catching out second-placed Bowe and leaving him stranded in the Turn 11 gravel trap following a spin.

Johnson survived the slippery conditions to bring the Mustang home for his 11th win of the season ahead of Adam Bressington (Chevrolet Camaro), who pipped Jason Gomersall (Holden Torana) at the line for second.

Zukanovic came home an impressive fourth in only the second race in his XD Falcon, while Ryan Hansford (Holden Torana) completed the five.

The initial Trophy Race start earlier in the day was waved off after the field went well before the control line, with pole-sitter Jim Pollicina (Holden Torana) making a rapid getaway on the restart and opening up a 10 second margin which remained at the flag.

Race control slapped Pollicina with a 20 second penalty for a false start, however, relegating him to third and handing the win to Lillie (Holden Monaro) who tiptoed his way around to the finish.

Touring Car Masters returns to the track for its final race of the weekend on Sunday at 1130 AEST. 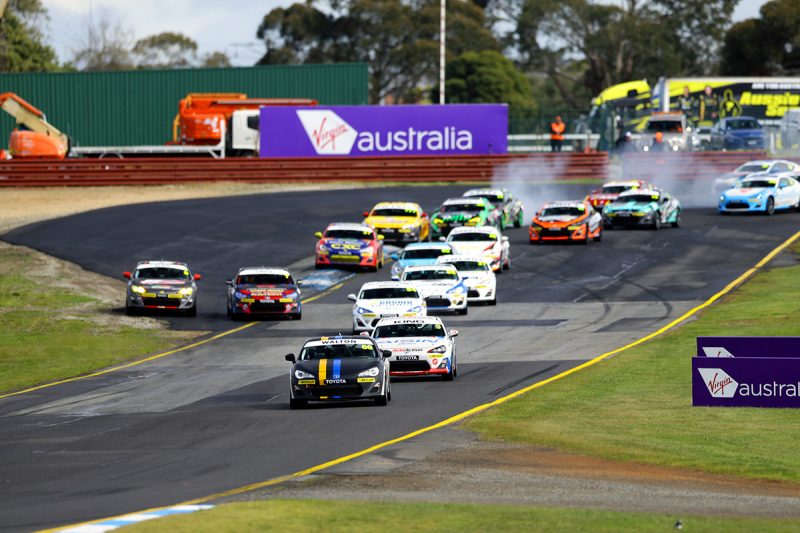 The Toyota 86 Racing Series field pours out of Turn 1

Tim Brook and 15-year-old Broc Feeney shared top honours in a wet and wild opening two races of the weekend for the Toyota 86 Racing Series.

Cam Walton made the best of his front row start to move into the lead in Race 1 as Brook slipped down the order in the damp conditions on the run down to Turn 1.

Luke King drove past Walton at the end of the back straight, slotting in front before Turn 6 as Brook clawed his way back into second.

It wasn’t long before the series leader found himself back out front, getting by King on Lap 3 and not relinquishing it for the remainder of the race.

Walton’s car began to billow smoke, with the issue getting progressively worse as he dropped back to seventh before eventually retiring with a handful of laps to go.

Brook ultimately beat King by just over a second while Feeney moved up to third.

Dylan Gulson finished fourth on return to the series as Jake Klein rounded out the top five. 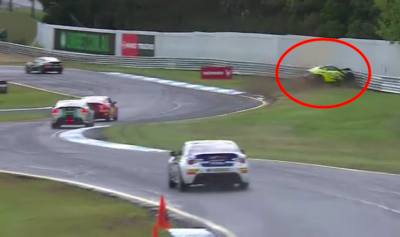 Tricky, wet conditions marred Race 2, with King netting the lead at the start ahead of Feeney, who then muscled his way into first position at Turn 2.

A heavy crash for Gavan Reynolds at Dandenong Road brought out the Safety Car, with the restart coming on Lap 9.

Feeney held strong through to the chequered to take his second race win of the year, while Brook held off King for second and third respectively.

The top five was completed by Luke van Herwaarde and Klein.

One race remains for the Toyota 86 Racing Series this weekend which kicks off on Sunday at 1045 AEST.