Reynolds: Nobody has an answer for Whincup/Dumbrell

Reynolds: Nobody has an answer for Whincup/Dumbrell 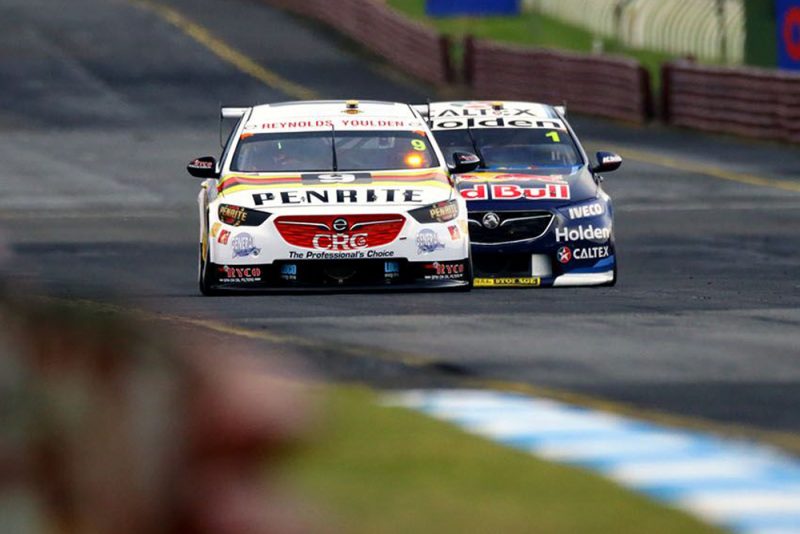 David Reynolds believes nobody has an answer to the pace Jamie Whincup and Paul Dumbrell are delivering after labelling the pair as the red hot favourites to win the Rabble.Club Sandown 500.

Reynolds and Erebus Motorsport co-driver Youlden will start Sunday’s 161 lap from the Armor All pole position after the former fended off a charging Whincup to claim victory in the second qualifying race.

The pair started from second on the grid courtesy of Youlden’s efforts in the first 20 lap heat.

Whincup however produced the drive of the race to surge from 11th on the grid to second at the flag with the seven-time champion holding a clear pace advantage in the #1 Red Bull Holden.

The car has been chassis to beat having secured pole for the opening qualifying race which Dumbrell dominated before the team made the call to pit when heavy rain and hail struck in the race, which proved to be the wrong decision.

Whincup’s and Dumbrell’s pace this weekend has left Reynolds convinced it will take some effort to beat the duo on Sunday.

“Probably not, at the minute,” said Reynolds when asked if he thought anyone had a response to Whincup and Dumbrell.

“He’s looking like the horse that’s going to win the race tomorrow but we’ve still got a decent amount of time to go through the data and try and tune our car to make it better.

“It was just a weird circumstantial day and we just ended up on the right side of everything today, so it’s been very lucky.”

Responding to the favourites tag, Whincup says that he cannot afford to be complacent having shown impressive pace at Sandown in recent years only to fall short of the win.

Whincup and Dumbrell have started from pole position in three of the last five editions but have only converted one of those back in 2014.

The reigning champion also says his car is far from perfect.

“No, certainly not,” said Whincup when asked if it was his race to lose.

“We had a good day; the car was quick. (It was a) Fifty-fifty call when the hail’s coming out of the sky, you think, ‘You know, we’ll put wets on,’ but that wasn’t the right call today so we just tried to limit the damage in Race (for the Grid) 2 there and got it back to the front row of the grid.

“We don’t need to be reminded of that (our history at Sandown), we know we haven’t made the most of this situation before, so we’ll do our best tomorrow.

“The Sandown 500’s a bloody hard race to win, but we’ll give everything we’ve got, see where we end up tomorrow.

“My car’s far from perfect so we’ll work on it tonight and try to go a bit quicker, and so will everyone else.”

Whincup’s championship leading team-mate Shane van Gisbergen and co-driver Earl Bamber will start the race from 11th, with Reynolds’ opposite number Anton De Pasquale and Will Brown starting from ninth on the grid.