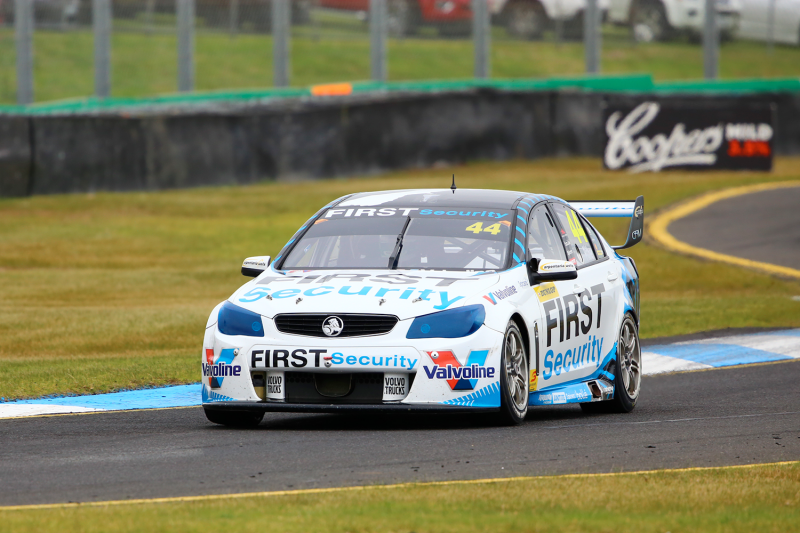 Chris Pither has claimed Armor All Pole Position for Super2 Race 1 with a lap which he started only half a second before the chequered flag came out.

The New Zealander had moved himself up to third just a moment before the clock ran out and was slower to the first sector on his final lap.

However, he dug deep to wheel the #44 Garry Rogers Motorsport VF Commodore to a fourth pole of the campaign.

Jacobson had only just gone faster in the final minute in the #26 MW Motorsport Nissan Altima after it looked like Brodie Kostecki’s (#57 Kostecki Brothers Racing VF Commodore) first-run effort might stand up for pole.

The track was dry, but for isolated spits of rain, after showers earlier in the day.

Race 1, scheduled for 22 laps, starts this afternoon at 1515 local time/AEST.