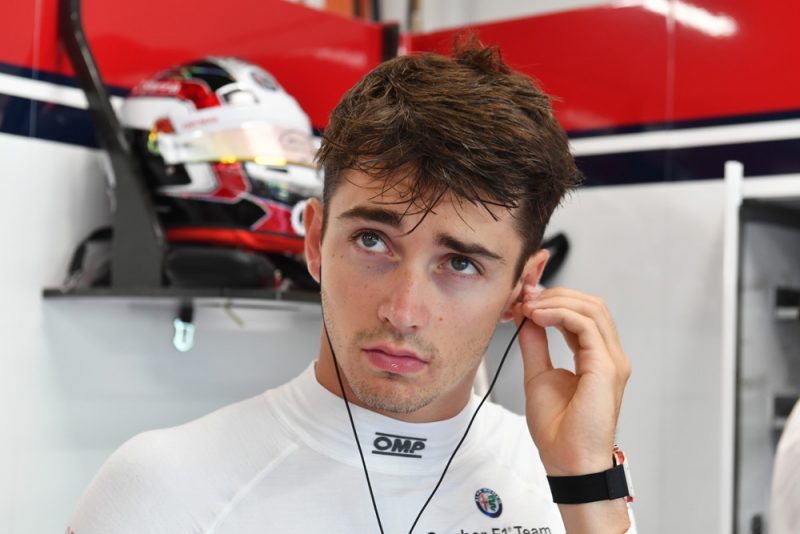 Ferrari boss Maurizio Arrivabene has explained that his decision to sign Charles Leclerc for 2019 is part of a long term commitment to the young driver.

Leclerc made his Formula 1 debut with Sauber this year, and has impressed sufficiently to see him installed at Ferrari in place of Kimi Raikkonen next year.

He’s the youngest driver to be signed by the Italian squad since Pedro Rodriguez in the early 1960s, and the first Ferrari Driver Academy graduate to reach the Scuderia’s senior team.

According to Arrivabene, his rapid promotion is part of a longer term plan for the Monegasque driver which is set to stretch to at least 2022.

“When you make some choices like this, that are related to the driver, you don’t have to look only at the short-term commitment but also at the long-term commitment,” Arrivabene explained.

“A long-term commitment means it’s not only for next year, it’s for the future of the team – how you are going to grow a young talent, and what you want to expect from him for the future.”

The Italian was keen to point out his decision to promote Leclerc was not a slight on Raikkonen, a driver he continues to rate highly.

“This has nothing to do with the respect that I have for Kimi, that is great, as a human being and a driver, but if you have to do a choice, thinking about the future of the team, I think we made the right choice, for us and for Kimi.

“I signed with Charles in November 2016 or November 2015 the first contract in the Ferrari Driver Academy,” Arrivabene added.

“In that contract we already designed and committed and signed and wrote his future in Formula 1, as we have done with (Antonio) Giovinazzi, the same thing.

“And that means we change a bit also the way that we organise the Ferrari Driver Academy but also how we are going to develop the talent for the future.

“So Charles Leclerc is not a big surprise, he’s one of the talented drivers that we have in Formula 1.

“Thank God, it’s a guy that he grew up with us and I hope that he is going to continue his career with us, at least until 2022 for sure.”

Leclerc and Raikkonen will effectively swap drives for next season, with the Finn heading to Sauber, where Giovinazzi has been suggested as a possible team-mate.