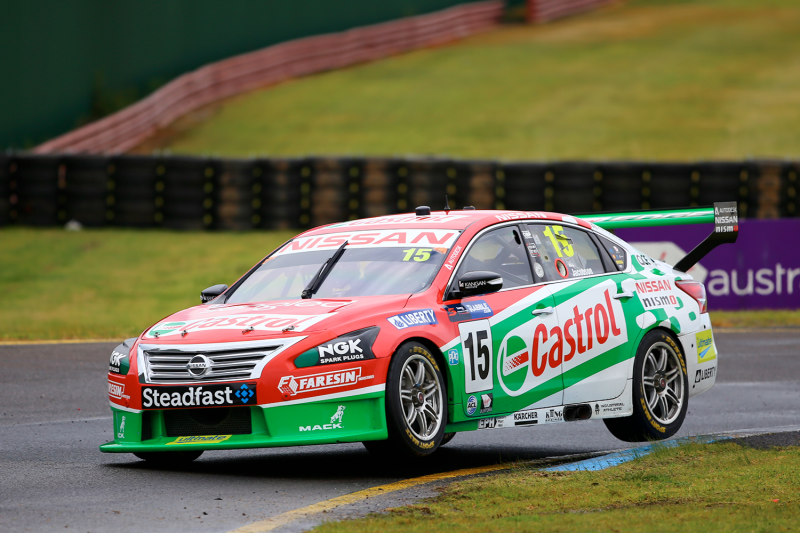 Rick Kelly has set the fastest lap on a drying track in the fourth and final practice session for the Rabble.Club Sandown 500.

Rain earlier in the morning left Sandown International Motor Raceway wet for the start of the session and the whole 26-car field proceeded onto the track on wets.

Lap times started in the 1:19s but gradually came down to the high-1:15s with around 10 minutes elapsed, when David Reynolds held sway in the #9 Erebus Penrite ZB Commodore.

It was around then that competitors began to switch to slicks as a dry line formed in places.

Whincup jumped to the top with a 1:15.4761s early in his second run, although computer timing still had wets on the #1 Red Bull HRT ZB Commodore.

Tander, one of the first to take slicks, moved from 15th to the lead in the final minute with a 1:15.1601s in the #33 Wilson Security GRM ZB Commodore.

Whincup subsequently improved his time without regaining position before Kelly vaulted from 10th to first with a 1:14.3447s after the chequered flag in the #15 Castrol Nissan Altima.

“You don’t learn a lot in terms of car set-up,” said Kelly.

“I did all that session, (co-driver Garry Jacobson) has had an hour and I’ve had 45 minutes (track time) and we’re going to head into quali now.

“Not much you can take from a session like that, but more so what lines you can use in the wet like that, cross-over times from wets to slicks and stuff like that.”

Scott McLaughlin was 14th in the #17 Shell V-Power FGX Falcon and Fabian Coulthard 20th in the sister #12 FGX.

He was one of five co-drivers to get laps during the session, although only Jonathon Webb was faster than his primary driver in 24th in the #19 Tekno ZB Commodore.

A number of drivers ran off in the tricky conditions, most notably James Golding who spun early at Turn 3.

The #34 GRM ZB Commodore spent most of the session back in the shed given that Golding scraped the rear wing along the fence as he swapped ends.

“Just on the out lap there, I made a mistake over the Turn 3 kerb, car slid and just couldn’t catch it in time; it’s so slippery out there,” said Golding.

“It’s damaged the rear of the wing, so a bit risky going out there and pressing on so we’ll just fix it up for qualifying and do a better job there.”

Armor All Qualifying, the first of the three-part process to set the grid for tomorrow’s Pirtek Enduro Cup opener, starts at 1140 local time/AEST.