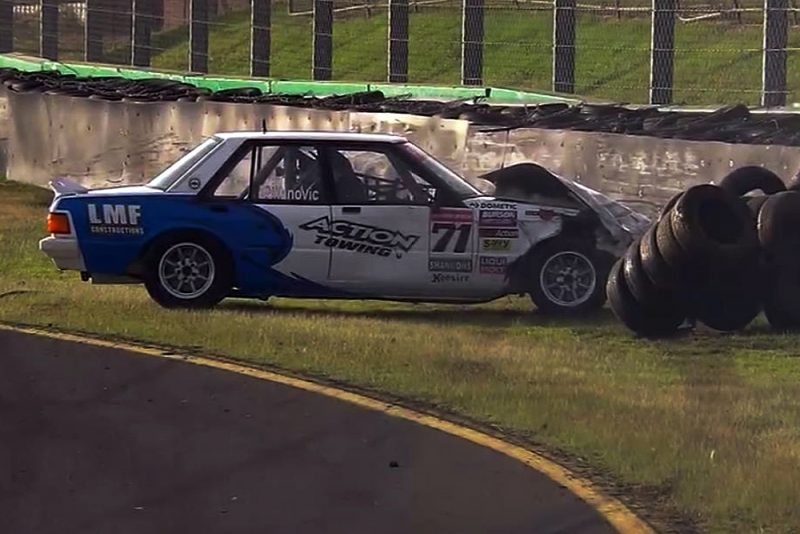 Marcus Zukanovic will take no further part in the weekend following his race-ending crash in Race 2 of the Paynter Dixon Touring Car Masters at Sandown.

Making his debut in the series in an all-new Ford Falcon XD, Zukanovic had been hoping for a clean weekend as the team came to grips with the new machine.

He recorded a podium position in the opening race with the car on Saturday morning, only to career off with the left-front locked and find the wall at Turn 6 in Race 2.

“I just couldn’t get it turned,” Zukanovic told Speedcafe.com of the incident that left his car with damage to the front right corner.

“It wouldn’t stop, it wouldn’t turn, so who knows? I don’t know if something broke or I was just out wide, I just don’t know.”

The incident drew the red flag which ultimately saw the race declared a non-event.

Uncertain of the full extent of the damage, Zukanovic admitted that he will be a scratching for Sunday’s final 10 lap race.

“I had a quick glimpse walking through, but I haven’t had a good look at it,” he admitted.

“We’re going to put it on the truck and go home. I’m not in it for the championship so I’m not going to do an all-nighter to try and fix it.

“So we’ll take it home and worry about trying to get it sorted for the next round.”