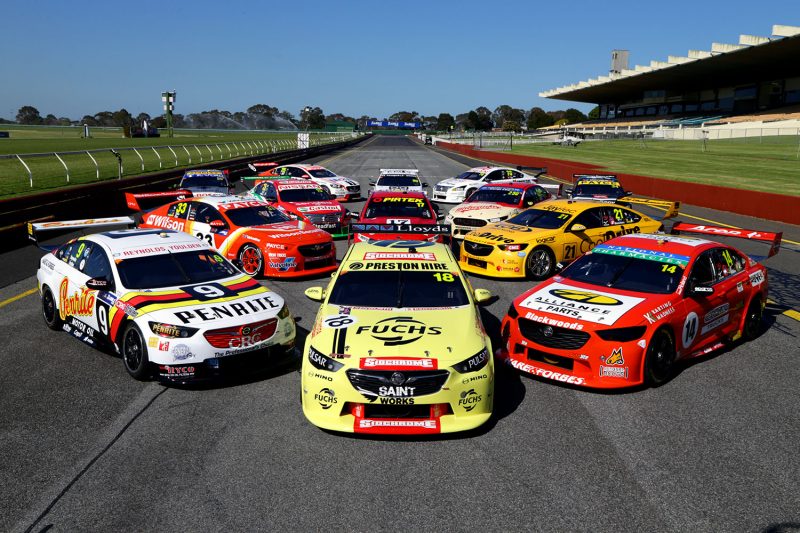 Sandown Raceway will play host to this weekend’s Rabble.Club Sandown 500 retro round

Sandown Raceway owners have held positive preliminary talks with Supercars as they aim to secure a new longer term deal to host the Sandown 500 beyond 2019.

The historic Melbourne venue will enter into the final year of its current contract with Supercars next year to host the annual Pirtek Enduro Cup opener and traditional precursor to the Supercheap Auto Bathurst 1000.

In the recent past the circuit’s future has been under threat from redevelopment but the Melbourne Racing Club (MRC) has affirmed its commitment to host motorsport for the foreseeable future.

Part of that renewed desire centres around a two-phase plan to upgrade the facility to meet the FIA’s Grade 3 standard required to host Supercars.

The first wave of safety improvements which include extra run off at Turn 1 and new barrier complex at Turn 6 were completed ahead of this weekend’s Sandown 500.

Venue manager Brendan Stuart says the project is part of its plan to retain the Sandown 500 race, with both the circuit and Supercars sharing a willingness to strike a new deal.

Already a key event on the Supercars calendar, the event has transformed itself in recent seasons with its retro round theme that this year has seen the majority of teams creating special liveries to celebrate touring car racing’s vast history in Australia.

“We’d like to have the Sandown 500 here for a number of years to come for sure,” Stuart told Speedcafe.com.

“We’ve had very preliminary discussions at this stage regarding what we want to do here, we wouldn’t be putting in all the work here if Supercars didn’t want to be here for a long time.

“From what I hear from them they want Sandown to run for a number of years as well.

“We would like a longer term deal for sure.

“They (Supercars) want to know if we are going to be around and likewise we wanted to know if they still want to continue. From what I gather both parties are keen to carry on here for a few more years yet.”

Discussions regarding a new deal come at a time when Supercars is looking to reduce its events for the 2019 season.

Next year’s Sandown 500 is not yet secure with the current deal subject to the second wave of improvements being made to the circuit.

The track is awaiting the return of a design for the improvements before it is ready to issue the green light.

“We have extra run off at Turn 1 and at Turn 6 we have put in extra tyre inserts inside new tyre bundles and the concrete blocks behind them,” Stuart added.

“We are waiting for the design to come back for going forward (into 2019).

“It is safer now but it (the upgrade) is to make it even safer again. It has taken time to get the design for the upgrade and it is something you only have one shot to get right.

“There will be a bit work done and I’m sure there will be some earthworks involved and maybe some more asphalt laid down in areas.

“The idea is to safeguard the facility and we wouldn’t be exploring that if we didn’t want to be here for a few more years. For the foreseeable future motorsport will be here.”

This year’s edition of the Sandown 500 begins today with opening Supercars practice scheduled for 1040 AEST.