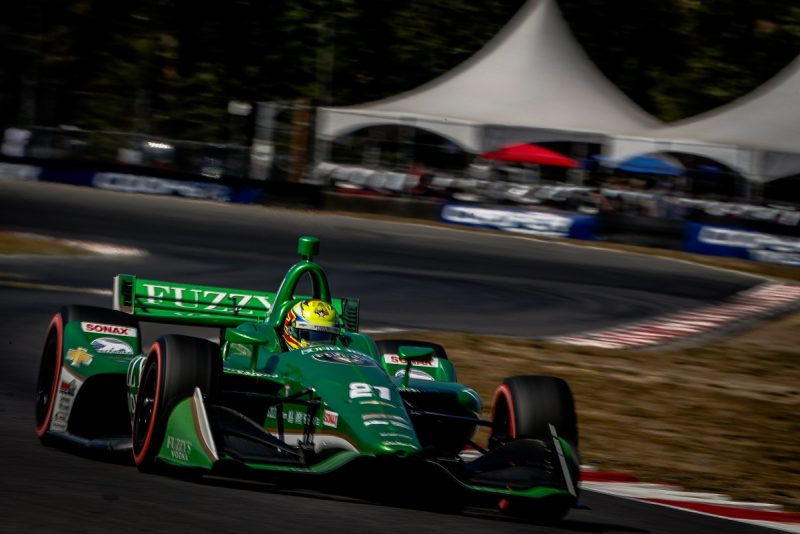 Spencer Pigot will remain at Ed Carpenter Racing for the 2019 IndyCar Series.

The 24-year-old joined ECR partway through his rookie season in 2016 before being promoted to a full-time seat in the team’s #21 Chevrolet this year.

Pigot had previously shared Car #20 with team owner Ed Carpenter, who drives the oval races and leaves the road courses and street races for the other driver.

A champion in Indy Lights, Pro Mazda, and USF2000, Pigot achieved his personal best IndyCar race result to date with second on Iowa’s short oval in July this year and is currently 13th in the standings.

“It’s been great to compete in my first full season of IndyCar racing this year and I look forward to building on that next year,” he said.

“We have a lot to look back on and learn from. We will be working hard over the off-season and will be able to hit the ground running when we get to next season’s opener in St Pete.”

Carpenter said, “I am really happy to have Spencer back in the No. 21 for the 2019 season.

“We have always believed that Spencer has the potential to compete for race wins and championships and he has really showed that in the back half of this season.

“Hopefully, we can break through this weekend at the season finale and get ECR back in the win column.”

The 2018 Verizon IndyCar Series comes to a close this weekend at Sonoma.