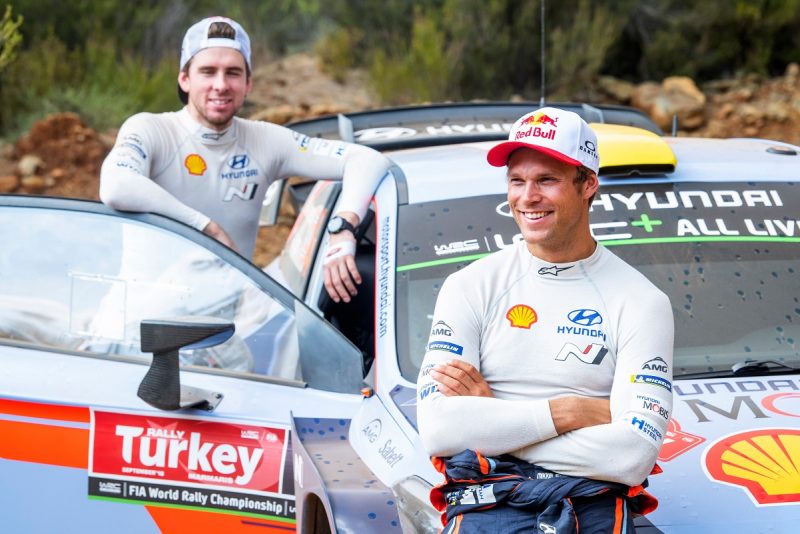 Andreas Mikkelsen has set the pace in Stage 1 of Rally Turkey while Sebastien Ogier and Hayden Paddon sit outside the top 10 after mistakes on the Marmaris streets.

Mikkelsen was the odd man out in choosing medium compound Michelin tyres as the rest opted for hards and the Hyundai driver completed the 2.00km stage in 2:03.9s.

Ogier is 7.5s off the pace in 14th after spinning his M-Sport Ford as a result of an awkward landing and running into barriers.

Paddon (Hyundai) is a further 2.1s back after a messy stage next to the Marmaris marina.