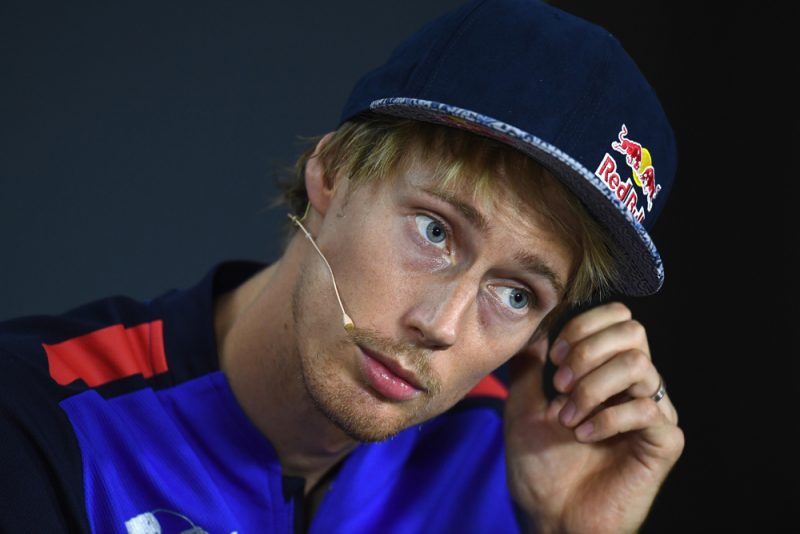 Brendon Hartley believes he’s had a stronger Formula 1 season than the results in the first 14 grands prix have suggested.

The New Zealander currently faces an uncertain future with Toro Rosso yet to confirm either of its drivers for next year, though the Le Mans winner believes he holds a contract with the team.

“I have a contract going forward,” Hartley said.

“Obviously there are always options and whatnot. I’ve been saying it for a while that the best thing I can do is focus on one race at a time and doing the best job I can.

“I’m confident about the job I’ve been doing behind the scenes with the team,” he added.

“I know I’ve got stronger every race during the season. The results don’t exactly show that, but I know that I am strong and I have been strong in the last five races and there have been a few circumstances which meant I wasn’t able to score points.”

Hartley came under fire earlier in the season, with suggestions linking Lando Norris with his drive only for McLaren to block the move.

The pressure has come off since reaching its peak in Monaco, though Hartley admits he’s not had any direct conversations about his future with Red Bull’s motorsport advisor Helmut Marko.

Hartley’s position was strengthened when Pierre Gasly was confirmed with the senior Red Bull team as replacement for Renault-bound Daniel Ricciardo.

With no ready-replacement for Gasly, the chance of Toro Rosso replacing both drivers is comparatively low.

Despite that, he’s aware that he must prove he’s up to the task, and that’s best done by achieving points-paying results.

“I’ve been improving all year and I haven’t really had a direct discussion about an exact result but it’s clear I haven’t finished in the points enough times, when you compare with my team-mate,” he reasoned.

“Some of that was out of my control, some of it part in my control.

“I’m just focused – one race at a time – on doing my job and I’m very confident of the job I do behind the scenes and also I know that I’ve been improving the whole season.”

Hartley currently sits 19th in the drivers’ championship with 10th place finishes is Azerbaijan and Germany giving him a total of two points.