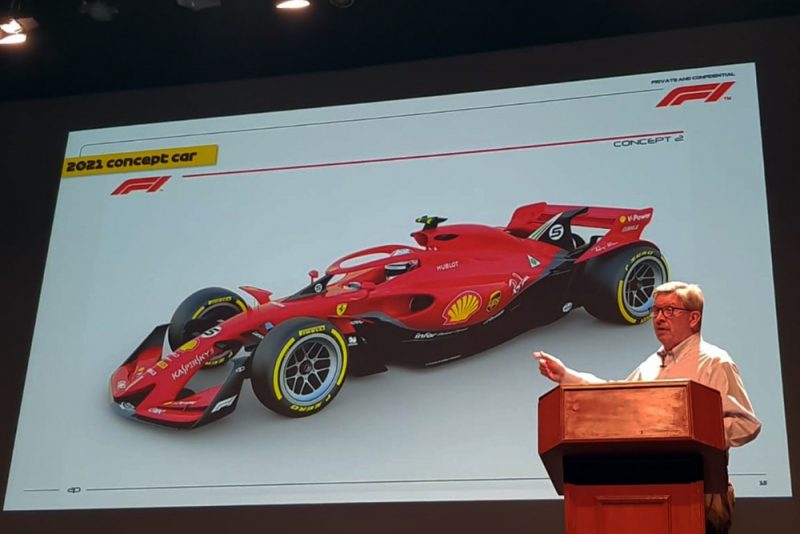 The concept image which was shoiwn off at the Tech Talk

A render of a 2021 Formula 1 concept has been leaked online after a presentation in Singapore ahead of this weekend’s grand prix.

The image appeared at a ‘Tech Talk’ seminar presented by F1 sporting boss Ross Brawn put on by event organisers for attendance by the general public.

The presentation was held behind closed doors but imagery has subsequently appeared on social media.

A key image, depicting how a Ferrari could look under the new regulations, shows a futuristic, swept back design.

The car features a much simpler rear wing, a direction in which next year’s regulation update is already headed, and a rear wing which appears to integrate with wheel guards.

The shape of the halo is more in line with the profile of the car and bodywork generally more streamlined.