Dumbrell sizzles in Practice 1 at Sandown

Dumbrell sizzles in Practice 1 at Sandown 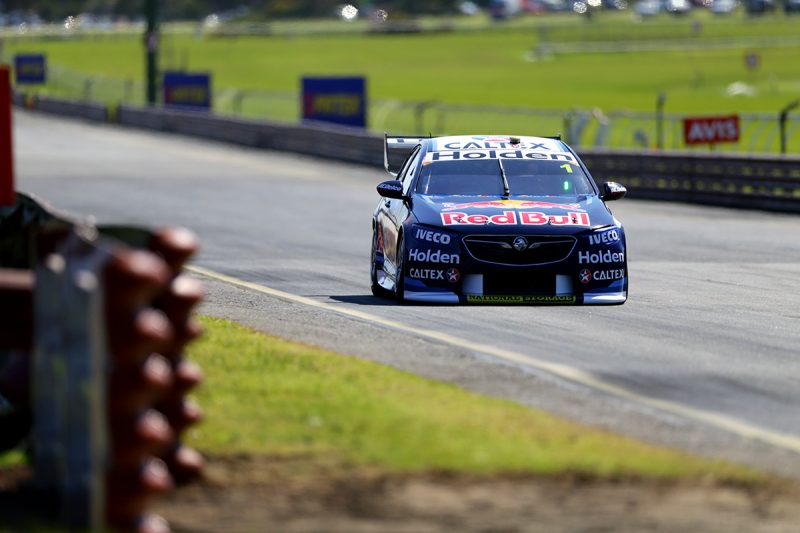 Paul Dumbrell has shattered the practice record in the opening session for this weekend’s Rabble.Club Sandown 500.

In the first of two co-driver sessions for the day, Dumbrell broke the record which Jamie Whincup set in qualifying four years ago by 0.7263s in Whincup’s own #1 Red Bull HRT ZB Commodore.

Shell V-Power Racing’s Alexandre Premat (#17 FGX Falcon) and Tony D’Alberto (#12 FGX Falcon) were the only two Fords in the top 10 in seventh and ninth respectively.

Dumbrell, who also topped Super2 Practice 1 in record pace earlier in the morning, had already undercut Whincup’s mark on his first run before lowering his best time to 1:07.8467s just prior to the halfway mark.

“The surface looks like it’s deteriorated since it’s been resurfaced in Turn 1 and 4 and whatnot, but the lap times say something different.”

Regarding the work to fill in cracks in the track surface, Dumbrell predicted, “It will be good today, but it will be diabolical tomorrow. Bit of wet weather on that type of stuff never makes it nice.

“But I think as the track gets a bit warmer today it will come into its own and I think this afternoon it will be pretty impressive.”

Webb was the next under the old record in the final four minutes before Rullo, in Simona de Silvestro’s car, and then Fiore, in Michael Caruso’s, slotted into second position.

“We had the full test day in Car 78, got to do a lot of laps last week,” explained Rullo.

“(It was) Good to jump straight into the (Super2) car, feeling pretty good and obviously we’re on softs as well, which makes it pretty easy.

“I was able to jump straight into this car (de Silvestro’s) and be on pace.”

The two Altimas were split in the final minute by Perkins in the James Courtney entry, while Scott Pye’s #2 Walkinshaw Andretti United ZB Commodore was ultimately sixth-fastest in the hands of Warren Luff.

The top 16, rounded out by Will Brown in Anton De Pasquale’s #99 Erebus ZB Commodore, were within a second.

Dean Canto’s relatively harmless spin at Dandenong Road was the main incident during the session.

Practice 2, a half-hour hit-out open to all drivers, is scheduled for 1230 local time/AEST.