Brown revelling in Supercars ‘step up’

Brown revelling in Supercars ‘step up’ 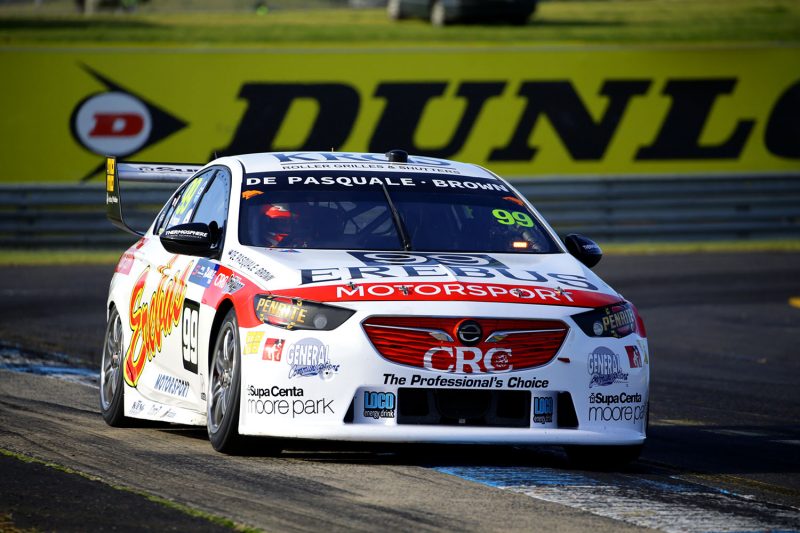 Will Brown has admitted his Supercars debut has been a step up up on a number of fronts despite ending Friday’s second co-driver practice session for the Rabble.Club 500 fastest.

“That was good, we had a pretty good session,” said Brown.

“The whole session we were up in the top five the whole time and towards the end we tried a few changes and was able to pop up to the top, so can’t complain.

“It should be a good weekend so it’s a bit of a step up obviously to step into this, on a whole lot of levels, but looking forward to it. It should be good.”

The performance saw Brown among a panel of eight drivers facing the media, leaving the rookie alongside names he looked up to as he began his racing career.

“Definitely,” he responded when asked if it felt surreal to be sitting alongside the likes of Craig Lowndes and others after Friday practice for the Sandown 500.

“A couple of years ago I’m racing Formula Ford or Go-Karts and whatnot.

“So to be sitting up here alongside these guys that I was watching throughout go-karts… (I) never thought I’d ever race Supercars, it was always a dream. It’s pretty good.”

Racing for Eggleston Motorsport in the Dunlop Super2 Series, Brown has endured a tough season.

A third place at the opening round in Adelaide stands as the highlight of the season, which has netted just one top 10 result since Barbagallo in May.

Sharing with Anton De Pasquale, the pair cut an inexperienced duo on the grid, but are looking to lean on the experience from their Supercheap Auto Bathurst 1000 winning team-mates across the garage.

“Obviously, for me and Will it’s our first ever endurance race, so we’re going into the unknown,” De Pasquale explained.

“But on the other side of the garage they’ve won races and done a lot of things endurance wise for a lot of years.

“So we’ll just take off their knowledge and try and take in as much as we can but I’m sure we’ll learning a lot on the go at the same time.”

The Erebus pairing will be back on track for a final 15 minute practice at 1010 on Saturday morning before Armor All Qualifying and two qualifying races later in the day.