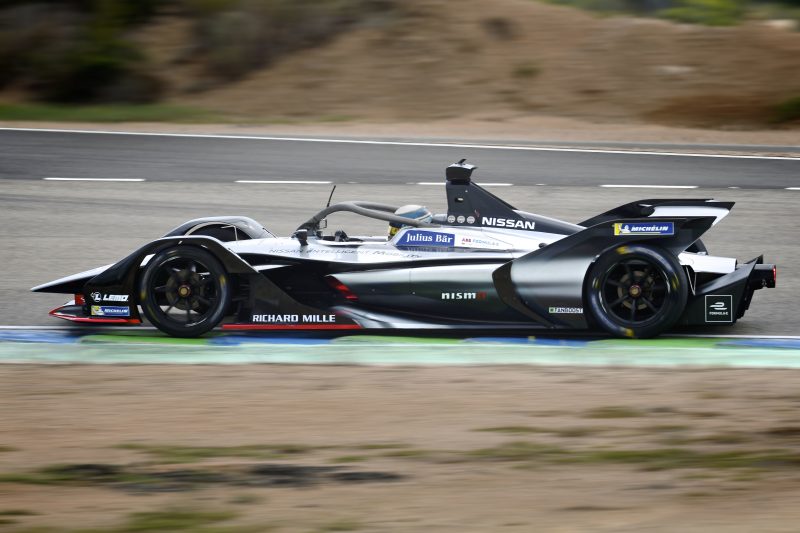 Nissan has bought into the Formula E team which it will back from this coming season.

The Japanese manufacturer had already taken over from alliance partner Renault as the factory supporter of e.dams, and has now increased its investment by taking a stake in the team.

The size and cost of the share has not been disclosed.

E.dams won the first three teams’ championships in four seasons of Formula E to date, as well as the drivers’ title in 2015/16 through Sebastien Buemi.

“For Nissan’s first Formula E experience, it makes sense to partner with e.dams and be able to draw on the organization’s experience of winning races and championships,” said Roel de Vries, Nissan corporate vice president and global head of marketing and brand strategy.

“The level of competition in Formula E will get even more intense for season five, with a series-mandated all-new car and powertrain.

“As part of our commitment to our partnership, Nissan has now purchased an ownership stake in the organization, and we’re excited to work with Jean-Paul and his team.”

Driot had become the sole owner of the team after co-founder Alain Prost, who is a special advisor to Renault’s Formula 1 team, sold out earlier this year ahead of the French marque’s impending exit.

“We’re very proud of our history in Formula E, and we’re looking forward to adding new pages to the series’ history books with our new partner and the new car.”

Meanwhile, Venturi has confirmed the retention of Edoardo Mortara alongside Formula E debutant Felipe Massa for this season.

Nissan e.dams has not yet announced drivers.

The 2018/19 FIA Formula E Championship, which will see the debut of the Gen2 car that does not require a mid-race car swap, starts in Riyadh on December 16.