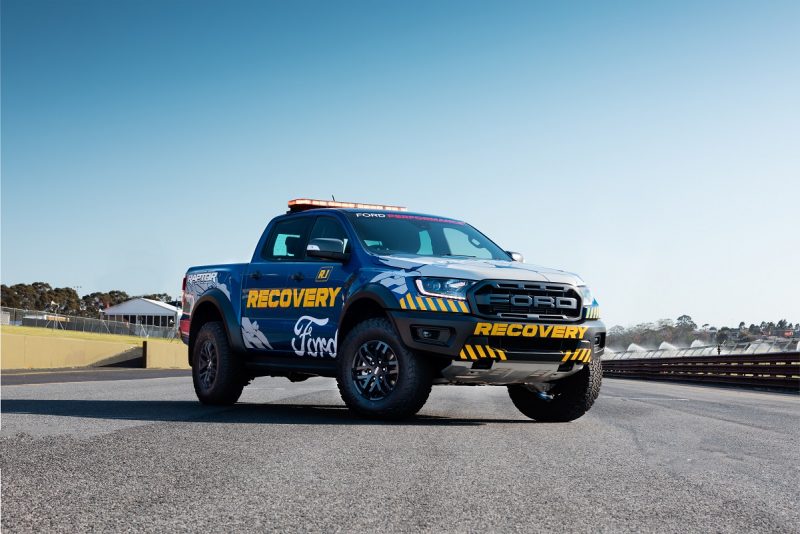 The Ford Performance Ranger Raptor which will serve as Supercars’ official recovery vehicle has broken cover ahead of its debut at this weekend’s Rabble.Club Sandown 500.

The deal was made public in April in conjunction with the announcement that Ford would return to the Virgin Australian Supercars Championship in an official capacity as it partners with DJR Team Penske and Tickford Racing to usher the Mustang into competition next year.

“We’re immensely proud of the Ranger Raptor, and we’re so excited to have the opportunity to show off its capability and strength while supporting the Virgin Australia Supercars Championship,” said Kay Hart, CEO and President of Ford Australia and New Zealand.

“It’s a vehicle that we know will be able to tackle the serious challenges presented by one of the most exciting race series on the planet.

“We can’t wait for it to be crossing sand traps and rescuing stranded Supercars – preferably while Fords are out in front, mind you.”

Supercars CEO Sean Seamer hailed the presence of the Ranger Raptor as another sign of Ford’s commitment to the championship.

“It’s great to have the Ranger Raptor – the ultimate Ranger and a vehicle we know resonates with fans,” said Seamer.

“It’s a vehicle with the strength and dependability we need and shows Ford and Ford Performance’s complete commitment to our sport.”

The Ranger Raptor, which will operate under the direction of Supercars’ head of recovery Alastair Walker, will feature for the remainder of the season before its first full year on duty in 2019.

In SuperUtes, a second Ford Ranger, run by Sydney-based family team Ranger Racing, will join the field for the series’ next round at the Supercheap Auto Bathurst 1000 in October. 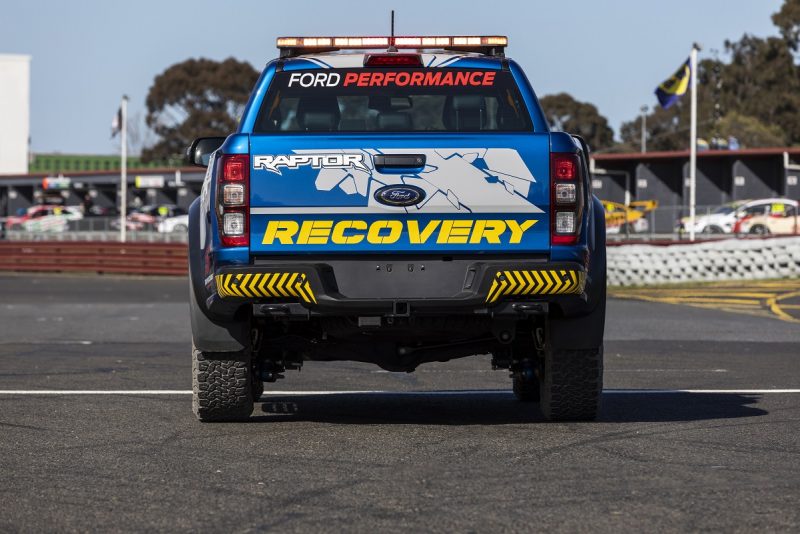