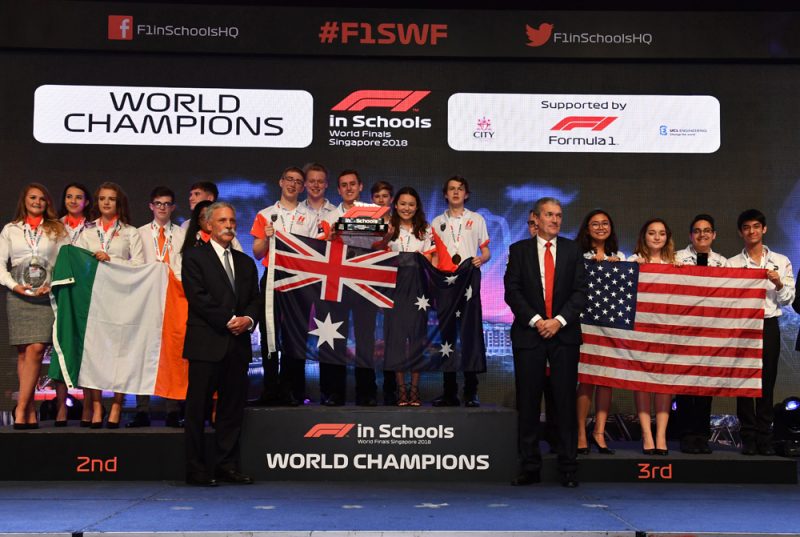 Students from Brighton Secondary School in Adelaide have taken out the 2018 F1 in Schools World Championship in Singapore.

In doing so they also claimed the award for Best Engineered Car Award, and set the only sub-one second run through the competitions to win the Fastest Car Award.

The performance has seen the six students awarded scholarships for City, University London and UCL Engineering, and will also be guests in the Formula 1 paddock at this weekend’s Singapore Grand Prix, where they will be presented with the F1 in Schools trophy on the Marina Bay podium.

“We’re feeling on top of the world,” said Gurney, who worked as team manager throughout the competition.

“We knew there were so many competitive teams around but we knew how much work we had done and were just hoping that we had done enough.

“For some of us it’s been three or four years working on this, but we’ve had late nights and an amazing journey.

“Well done to all the other teams too, they’ve been very special and we’re going to have lifelong friends and memories.”

Competitors are charged with designing and building a car, though its performance is only one measure of a team’s overall success.

Brighton Secondary School’s success is the sixth time an Australian school has won the F1 in Schools competition, with 17 other top five placings since 2007.

Three other Australian schools finished inside the top 20, with Trinity Grammar in Kew eighth, a collaboration between Methodist Ladies College Melbourne and Hailbury in 12th, and Tumut High School 20th.