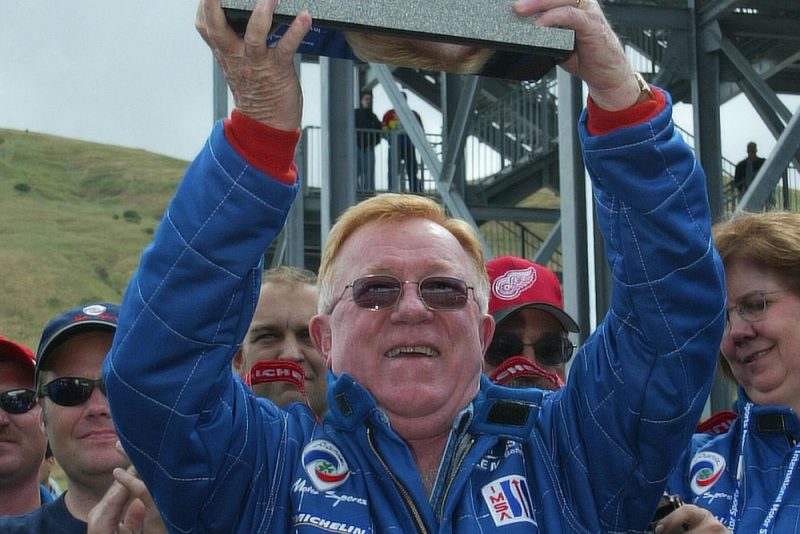 Panoz was an instrumental figure on both sides of the Atlantic both as a manufacturer, winning in sportscars and open wheel racing, and circuit owner of Road Atlanta and lease holder of Sebring.

Among those who raced for the American was David Brabham, who spent a number of years racing with Panoz in the American Le Mans Series, with the Australian quick to pay tribute to his former team boss.

“The last time I saw the great Don Panoz was a few years ago at Le Mans, how fitting,” Brabham Tweeted.

“What a character, innovator and was so strong about what he believed in. You will be so missed.”

Messages of condolence were also received from those at the helm of sportscar racing globally.

“We’re all sad to learn about the passing of Don Panoz, a huge figure in the US endurance racing,” said Gerard Neveu, CEO of the World Endurance Championship.

“I’ve never met a bigger fan of sportscar racing and more importantly he was a genuinely good person.

“We will really miss him and send all condolences his family. Respect Don.”

“Since the inception of the American Le Mans Series, the ties between the U.S. and the ACO have strengthened,” added Pierre Fillon, president of the ACO.

“Don Panoz was the great ambassador of that relationship.

“After a very successful and cutting-edge career, Don Panoz may have become involved in cars and motorsport somewhat accidentally, but he stayed for a reason.

“Having become a fan, he applied his business acumen to the sport with his legendary trail-blazing flair.”

The American made his fortune in the pharmaceutical industry before becoming involved with motorsport through his son’s Panoz Auto Development.

In the mid-1990s he purchased Road Atlanta, improving facilities to meet FIA standards, before founding Panoz Motorsport in 1997.

The first car, the Esperante GTR-1, featured a front-mounted 6-litre engine and enjoyed moderate success both in the United States and in Europe.

Panoz was also instrumental in the creation of the American Le Mans Series, and played a part in open-wheel racing during the Champ Car/Indy Racing League split.

It saw Panoz twice win the Indianapolis 500, in 2003 and 2004, with Will Power’s win at Long Beach in 2008 following the series unification was Panoz’s last open-wheel success.

In recent years Panoz had been behind the development of the Deltawing, which raced at Le Mans and in the United States.

Most recently his company developed the Avezzano GT car, which campaigns in the Pirelli World Challenge GTS Class.

The last time I saw the great Don Panoz was a few years ago at Le Mans, how fitting. What a character, innovator and was so strong about what he believed in. You will be so missed. #RIPDon pic.twitter.com/t7t7xB9Wy1