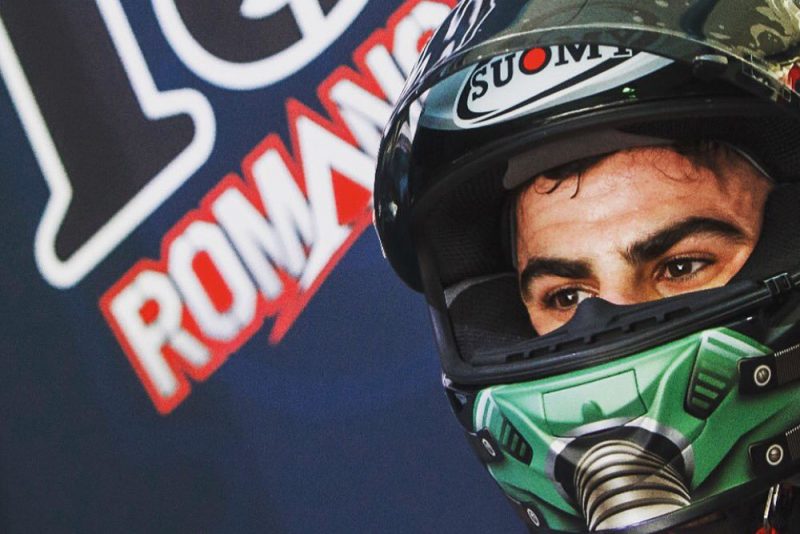 Romano Fenati has announced his immediate retirement from motorcycling following his part in an incident at Misano last weekend.

Fenati was disqualified from the race after grabbing the brake lever on Stefano Manzi’s bike, a move which saw both his current and future teams tear up their contracts with him.

Also slapped with a two-race ban, the Italian initially apologised for the incident but has since hit out at Manzi for his part in their clash.

“I’m finished with the motorcycle world, I will not run again. I was wrong, it’s true: I apologise to everyone,” Fenati told Italian newspaper La Republica.

“Do you want to see my helmet and my leathers? There is a long black strip, the Manzi rubber,” he added.

“He attacked me three times and he could have killed me too, as you say.

“The last time I had it done to me was 500m before (this incident), then I thought ‘now I do the same, I’ll show you that I can be bad’ and maybe you will finally understand what it means.

“But I never thought to hurt him, I swear.”

Prior to his statement in the Italian newspaper, Fenati had apologised for his actions, branding them ‘disgraceful’.

According to the report, the 22-year-old was already considering his future in the wake of other criticisms, to the point he had a clause written into his Marinelli Snipers contract which allowed him to walk away from the sport at any point.

Fenati stepped up to Moto2 this season, following six years in Moto3 which netted a total of 10 wins and second in the 2017 championship.

For his part in their battle, Manzi picked up a six-place grid penalty for the next race in Aragon for ‘irresponsible riding’.