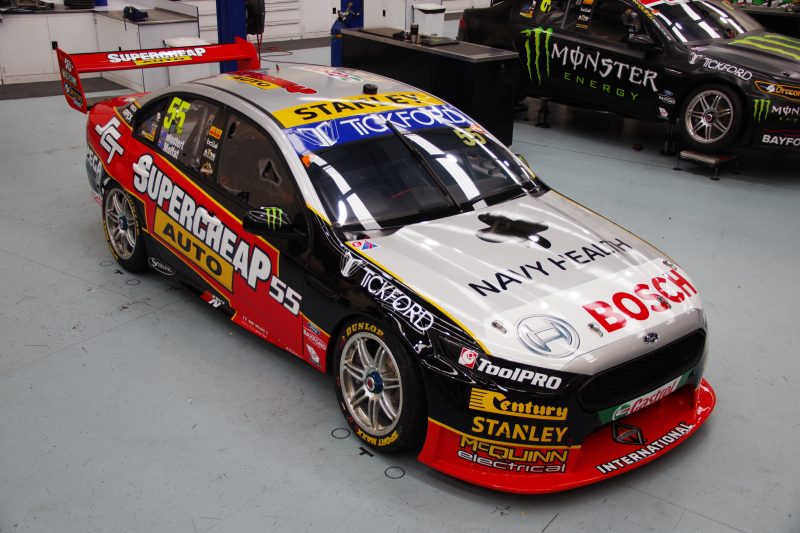 Tickford Racing has reproduced a classic Supercheap Auto livery for Chaz Mostert and James Moffat to run at this weekend’s Rabble.Club Sandown 500 retro round.

This year the #55 Falcon will display the colour scheme campaigned by Steven Ellery and enduro co-driver Luke Youlden during the 2004 Supercars season.

Mostert’s primary sponsor Supercheap Auto has been an active supporter of the retro round with this being the third classic livery from its Supercars past recreated for the Sandown round.

“Obviously it’s retro round so we’ve thrown it back to the past,” said Mostert. 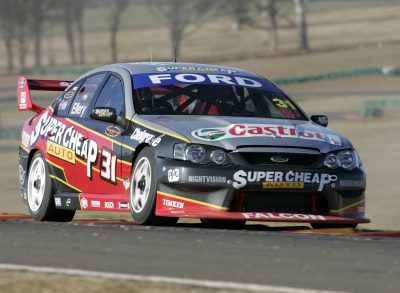 “We dug deep into the Supercheap Auto raw history and we picked out an absolute winner for this weekend’s Sandown 500.

“I’m pretty excited, I’m pretty close friends with the Ellery family so to go back to his ’04 retro livery looks pretty cool.

“I’m actually pretty jealous of the lines this car carries. I wish we could carry it for the rest of the year, but we’ll see if we can convince the team after the weekend.”

Reigning Pirtek Enduro Cup champion Mostert will be joined by a new co-driver for this year’s enduros in the shape of former Supercars full-timer Moffat.

Moffat will take over from Steve Owen who has subsequently been shifted to the #56 Tickford entry alongside Richie Stanaway.

Presented with a strong chance for success in the endurance races, the experienced 34-year-old is eagerly awaiting the opportunity.

“I’m very excited to be teaming up with Chaz,” said Moffat.

“Obviously he’s the reigning Enduro Cup champion, so we’ll be looking forward and hoping to achieve something similar.

“Sandown, it’s always the traditional lead-up race to Bathurst, so what’s not to be excited about? I’m keen to get back in the car and have a crack.”