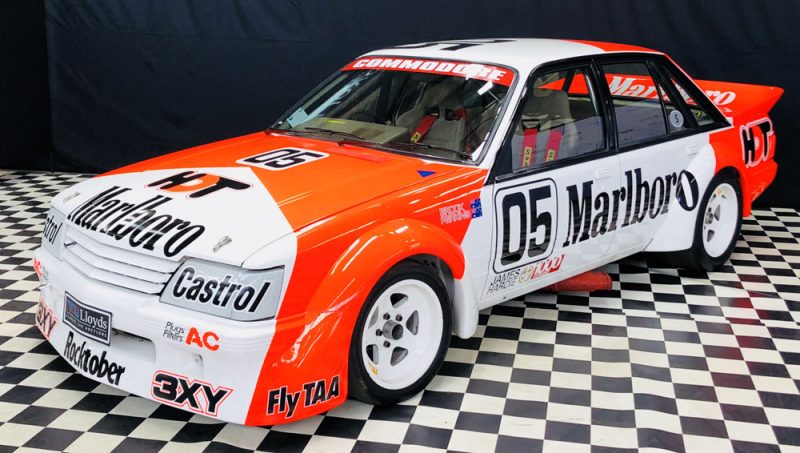 Bidding has opened on a number of cars from the Brock Collection which is set to culminate with an event on the eve of this year’s Supercheap Auto Bathurst 1000.

In total more than 30 cars make up the collection, which was previously on display at Dreamworld on the Gold Coast before being sold to an unknown buyer.

A number of other Brock cars will also go under the hammer, including an Austin A30, and the 1982/1983 Bathurst-winning VH Commodore.

Several of the cars on offer were on display at Sydney Motorsport Park for the Red Rooster Sydney SuperNight 300.

Sandown will also display a number of the cars at this weekend’s Rabble.Club Sandown 500, including the VH Commodore SS, prior to the October 6 event in Kelso.

“This auction has created so much hype and excitement in the motoring community, with some even discussing partnerships and syndications to buy the entire collection and keep it together,” said Bill Freeman, Lloyds Classic Car Auctions head auctioneer.

“This is more than just an auction, this once in a lifetime event will celebrate the achievements of one of Australia’s most loved and legendary race car drivers and be recorded in the pages of Australian motorsport history.”