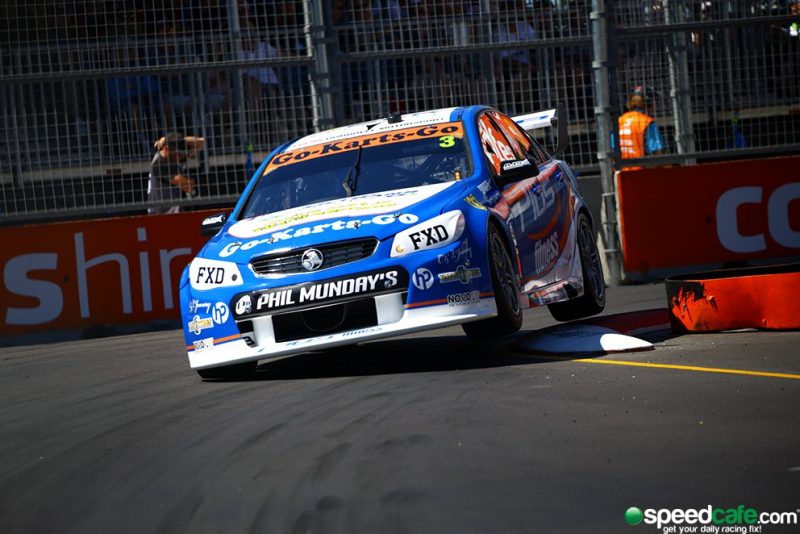 Aaren Russell has been forced to abandon a bid for a Supercars wildcard appearance in front of his home crowd at the Coates Hire Newcastle 500 due to safety concerns.

The Novocastrian has spent four months working on the project and had secured a car and team to run with for the season finale in Newcastle held from November 23-25.

However, following an investigation into the bid, Supercars and CAMS have concluded that there isn’t sufficient space in pit lane to accommodate another entry at the Newcastle East Street Circuit.

The championship’s operations manual does state that the circuit can cater for 27 cars, but Speedcafe.com has been told that significant engineering and safety changes would need to be made to the pit lane complex.

Russell, who was able to race the inaugural Newcastle 500 last year with Lucas Dumbrell Motorsport, remains hopeful that an attempt to race the event next year will be successful.

“The decision was taken out of our hands but these things happen and we have got to push on and work harder to do something in the future,” Russell told Speedcafe.com.

“We had spoken to teams and we pretty much had something already sorted car wise and everything like that but it had come down to a stage where you can only plan and push on for so long until you start running out of time.

“It was starting to get to that stage and ultimately the decision was made by the powers that be that we wouldn’t be able to do a wildcard this year.

“It is a hard decision that is out of our court and in some ways is a good thing as we all know motorsport is an expensive sport and the closer you get to an event the harder it is to find the budget.

“In that regard it is probably for the best but we are devastated that we won’t be in front of the home fans in the Supercars event.

“Ultimately it came down to the space in pit lane. Whether we could have made something work or not is not my decision.

“It is between Supercars and CAMS as they have to make a call on what they believe is safe.

“It is Supercars’ call and ultimately they thought it wasn’t something that could be feasible. We will have to evaluate it and see if there is something we can do for next year.”

Although disappointed not to be racing a Supercar on the Newcastle streets, Russell will be back behind the wheel as a co-driver for Nissan Motorsport during the Pirtek Enduro Cup, which begins with this weekend’s Rabble.Club Sandown 500.

Racing alongside Andre Heimgartner has the former Super2 driver excited at the prospect of challenging for a strong result.

“I’m pretty excited about Sandown and obviously we are devastated at not being able to do the wildcard but I’m very lucky to be rolling into the enduros with Nissan Motorsport,” Russell added.

“It is a bit hard to get excited about it being stuck at work, but come Wednesday night when I’m getting on a plane to Melbourne it will be hard for me not to be piloting it, I will be that excited.

“As for the team they are such a professional outfit and I feel like I’m going into the event the best prepared that I can be. Our test day went really well and I can’t speak highly enough of the organisation.”