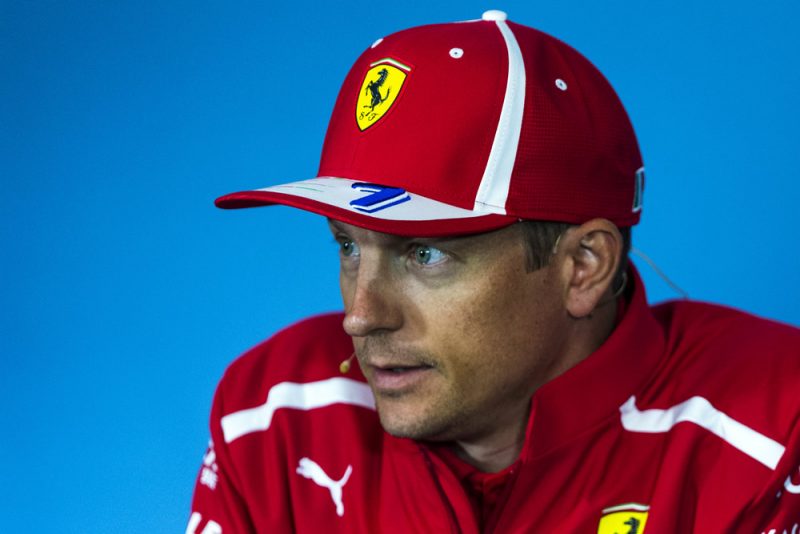 Kimi Raikkonen will leave Ferrari and return to Sauber in 2019 after signing a two-year deal with the Swiss operation.

Ferrari announced that Raikkonen would be leaving the team at the end of the year which was then swiftly followed by confirmation that the 2007 world champion will reunite with the Alfa Romeo Sauber F1 team.

Sauber launched Raikkonen into F1 back in 2001 where he drove for a season before being snapped up by McLaren where stayed until joining Ferrari for the first of two stints in 2007.

Raikkonen rejoined Ferrari in 2014 after two seasons at Lotus.

Raikkonen’s seat at Ferrari has been under threat in recent season with ongoing suggestions that Sauber driver and Ferrari protégé Charles Leclerc is in line replace the 38-year-old.

It has been reported that the late Ferrari CEO Sergio Marchionne had planned for Leclerc to be installed in 2019 before his sudden death in July.

Sauber is yet to announce who will partner Raikkonen next year.

“Signing Kimi Räikkönen as our driver represents an important pillar of our project, and brings us closer to our target of making significant progress as a team in the near future,” said Sauber team principal Frédéric Vasseur.

“Kimi’s undoubted talent and immense experience in Formula One will not only contribute to the development of our car, but will also accelerate the growth and development of our team as a whole. Together, we will start the 2019 season with a strong foundation, driven by the determination to fight for results that count.”

Raikkonen, who finished second in the recent Italian Grand Prix after starting from pole position, is currently third in the F1 championship standings.