No miracles for ‘extremely poor’ McLaren

No miracles for ‘extremely poor’ McLaren 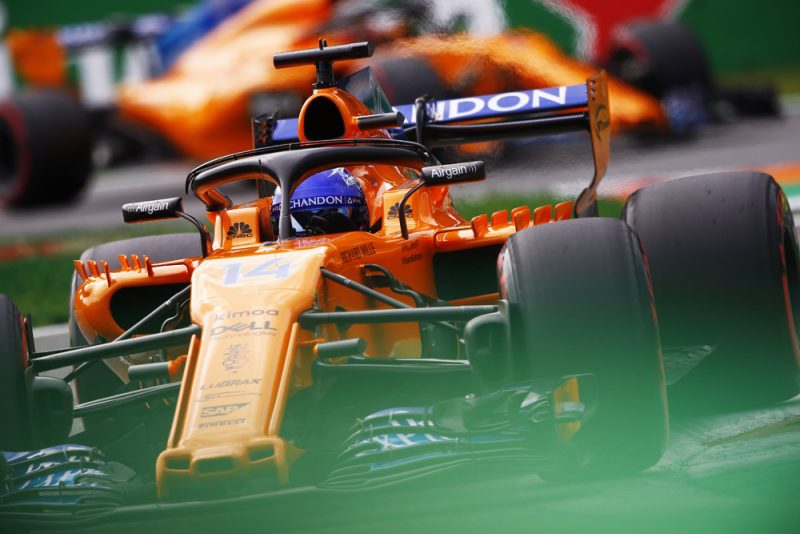 McLaren boss Zak Brown isn’t expecting any miracles throughout the remainder of 2018 as his team continues to struggle with an “extremely poor race car”.

The team currently lies sixth in the constructors’ championship, having inherited a spot when Force India was stripped of its points, but looks likely to drop to seventh before the season’s end.

Ironically that will come courtesy of Racing Point Force India, the new entity which took up the running of Force India ahead of the Belgian Grand Prix.

Having been among the midfield points battle early, McLaren has also begun to slide back from Renault and Haas, who currently hold down fifth and sixth in the title respectively.

“We’ll continue to push on this car but unfortunately we’ve produced an extremely poor race car that is not that responsive to changes, which will tell you that inherently we don’t have a good race car,” Brown explained.

“I would expect, unfortunately, similar type of results, maybe a little more circuit-specific, over the balance of the year.

“I certainly wouldn’t expect any miracles.”

The team has struggled to tame the troublesome MCL33 which has suffered correlation issues between its on-track and wind tunnel performance.

McLaren’s best finish came at the opening race of the year, when Fernando Alonso finish fifth and Stoffel Vandoorne ninth in Albert Park, though after both Haas’ retired from prominent points positions.

It was one of just three double-points finishes for McLaren all season, which hasn’t scored since the Hungarian Grand Prix.

Vandoorne meanwhile hasn’t scored a point since Azerbaijan in April, with the team expecting tough races in both Belgium and Italy heading into the back-to-back weekends.

“Other teams have developed at a faster pace than ourselves,” Brown assessed.

“It appears we’ve gone backwards. In reality, everyone else has gone forwards, but in Formula 1 if you’re not going forwards you’re going backwards.

“We knew Spa and Monza-type circuits would be our absolute weak points in the car, which are proving to be the case.

“We’re not giving up on developing because we’re identifying the issues and want to see if we’re able to solve them.”

Last week it was announced Pat Fry would rejoin the team as engineering director, the Englishman having previously worked with the team from 1993 to 2010.

There are also ongoing efforts to secure James Key from Toro Rosso, though it’s increasingly unlikely he will be made available in time to have any impact on the 2019 car.

It’s left Brown to suggest next season will be an ‘interim’ step ahead of 2020 when both Fry and Key are able to have a greater influence of the car’s design.

“I’m very confident of the people we have inside McLaren, that we have a good plan,” said Brown.

“The car is being developed as we speak. Ideally you would have James involved but this is going to take some time to rebuild the racing team.

“2019 should be an interim step forward and we probably won’t be at our full capacity of technical capability until our 2020 car.”