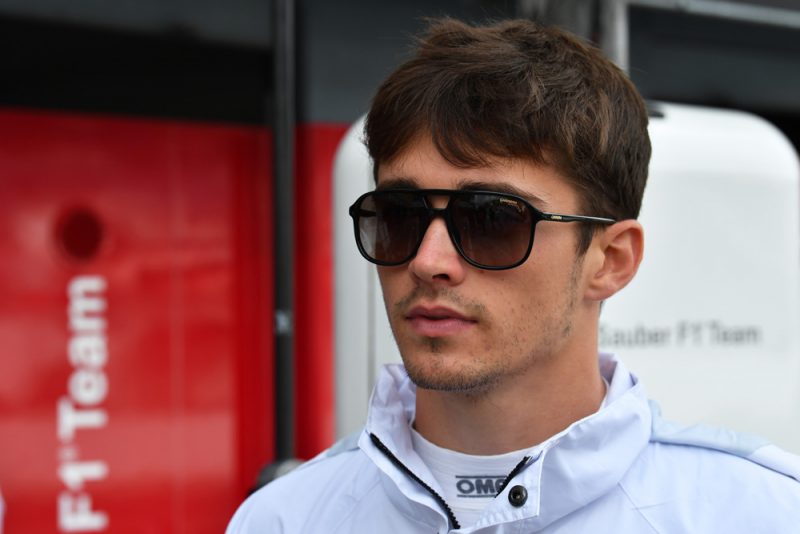 Charles Leclerc will join Sebastian Vettel at Ferrari for the 2019 Formula 1 season after being confirmed as Kimi Raikkonen’s replacement at the Scuderia.

Leclerc’s confirmation was made via a short statement from the Italian team, which stated: “Scuderia Ferrari announces that in the next Formula One racing season, Charles Leclerc will drive for the Team alongside Sebastian Vettel.”

The Monegasque driver had long been linked with a move to Ferrari, where he is part of the driver academy, following an impressive debut season with Sauber.

Speculation surrounding his future had eased in recent races, before accelerating once more over the course of the Italian Grand Prix.

Leclerc also paid tribute to Jules Bianchi, who had been tipped as a future Ferrari driver prior to his death in 2015 following a crash at the 2014 Japanese Grand Prix.

“To Jules, thank you for all the things you learnt me, we will never forget you, and to all the persons that supported me and believed in me,” he wrote.

“I will work harder than ever to not disappoint you. But first, there is a season to finish with an amazing team that gave me the opportunity to fight and show my potential. Let’s go Sauber F1 Team.”

Racing Point Force India, Williams, and Toro Rosso remain the only teams yet to have confirmed either driver, while Romain Grosjean remains uncertain at Haas.