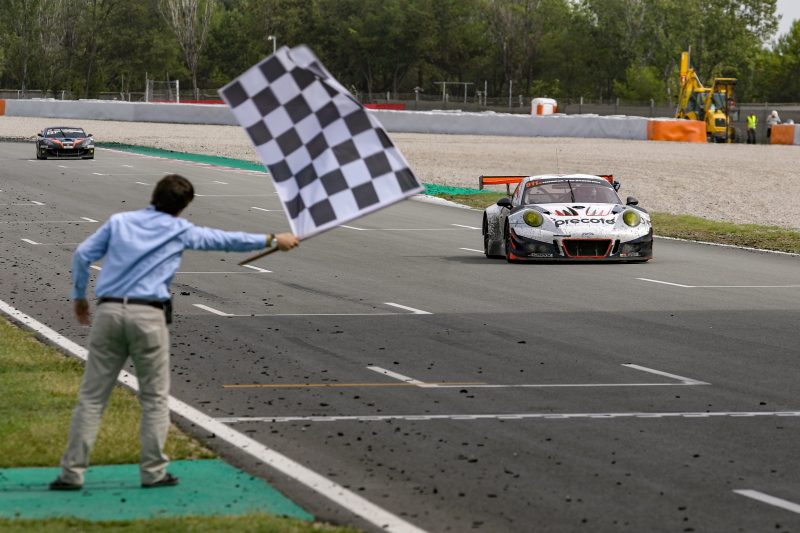 Matt Campbell has won the 24H Barcelona with Herberth Motorsport.

The #11 Ferrari had been three laps up on the second-placed #911 Porsche 911 GT3 R driven by Campbell, Germans Alfred Renauer and Ralf Bohn, and Swiss Daniel Allemann, at the halfway mark.

The Czech outfit led 377 laps in total but ultimately missed out on victory by a lap to Herberth, whose Porsche completed 677 laps.

Morgan Haber won the SPX class with Leipert Motorsport in eighth outright in the Lamborghini Huracan Super Trofeo Evo which he shared with Harald Schlotter, Marcus Paverud, and Anthony Lambert.

MARC Cars Australia’s race came to an early end after a sizeable hit with a GT car which caused extensive damage to their Audi RS3 LMS SEQ TCR car.

The Audi, which SuperUtes driver Aaron Cameron had taken to as high as second in class, suffered broken gearbox and engine mounts and had a wheel nearly part company. 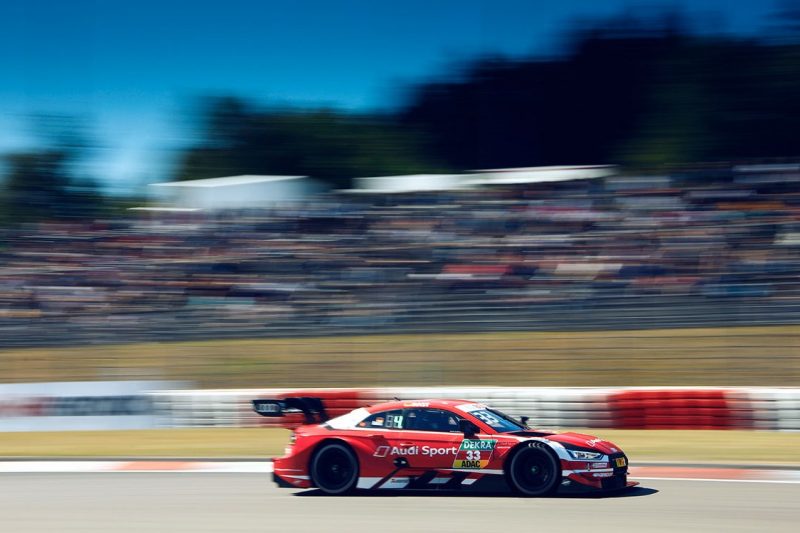 Rene Rast won both races from pole position in the eighth round of DTM at the Nurburgring as the championship lead changed hands.

The Audi driver took out Race 1 off the back of his success in holding out Gary Paffett (Mercedes-AMG) early on before Paffett had to worry about the BMW of Bruno Spengler in his mirrors.

Rast led Paffett in and out of pit lane but the latter was soon overcut by Spengler, who closed to within a second of Rast at the chequered flag.

The Brit nevertheless finished fifth and therefore retained the championship lead which he had taken in Race 1.

Di Resta did regain some ground by finishing second, one position ahead of Marco Wittmann (BMW). 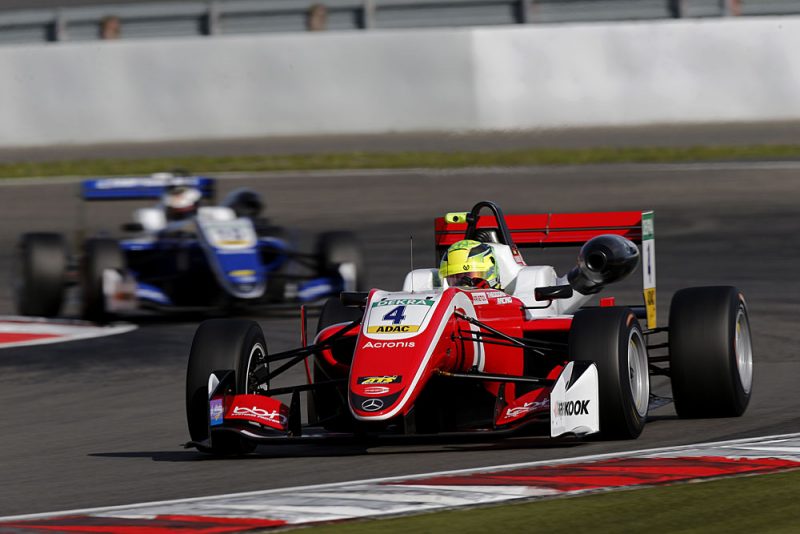 In Race 1, Schumacher beat pole-sitter Robert Shwartzman and led the rest of the way despite an early Safety Car.

He successfully managed two restarts in Race 2 before claiming the third by almost five seconds.

Shwartzman was second in each as New Zealander Marcus Armstrong, a team-mate to both the Russian and the German at Prema, recorded finishes of sixth, fourth, and fifth.

Schmuacher is now just three points behind championship leader Daniel Ticktum, who was third twice and fourth in Race 4.

The second-last round of the season is at Spielberg on September 22-23. 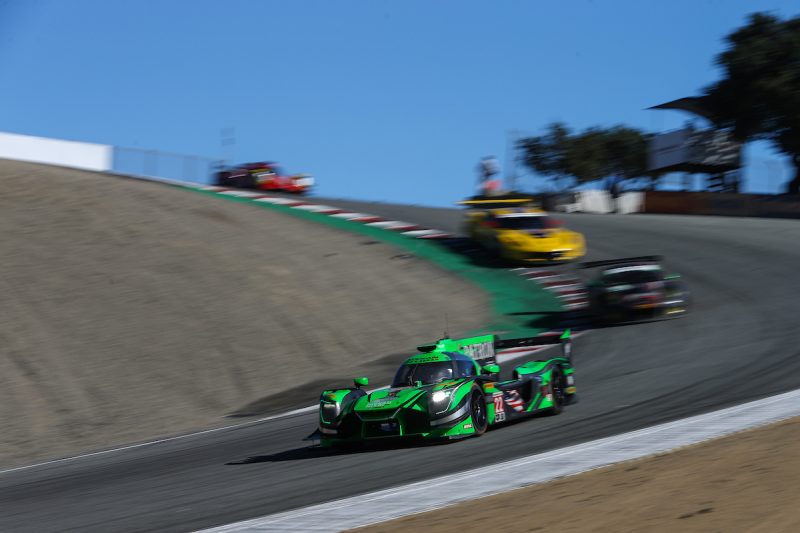 The #22 ESM Nissan DPi of Pipo Derani and Johannes van Overbeek won the IMSA race at Laguna Seca after a spin for Harry Tincknell while leading.

The decisive moment came with just over half an hour of the two-four, 40-minute race remaining when Tincknell went around while trying to lap the #52 AFS/PR1 Mathiasen Motorsports Oreca LMP2.

An eight-second lead turned into sixth position for the Team Joest Mazda DPi of Tincknell and Johannes van Overbeek.

Tincknell took the chequered flag in fourth while Dernai guided the Nissan to a 10.9s win.

Ryan Briscoe and Richard Westbrook finished sixth in GTLM class but way back in 28th outright after Westbrook had first-hour contact with a Corvette which broke the steering rack on the #67 Ford Chip Ganassi Ford GT.

Petit Le Mans is next up at Road Atlanta on October 10-13. 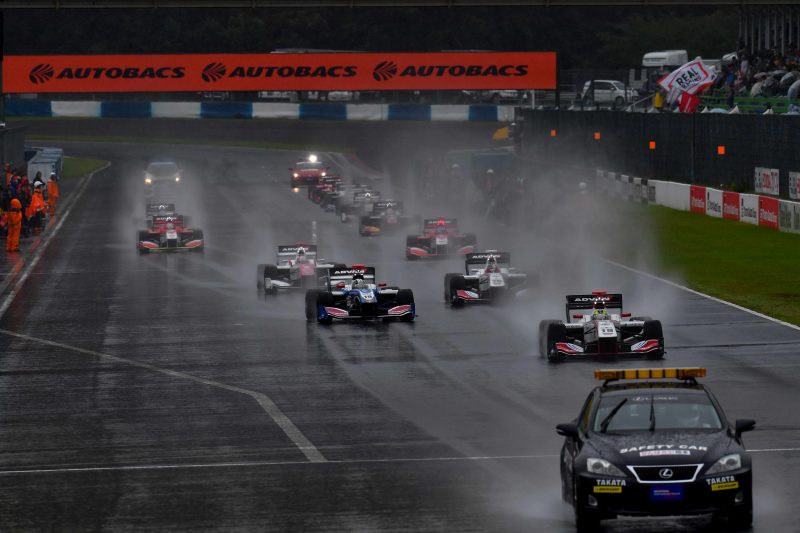 New Zealand’s Nick Cassidy extended his in lead the Super Formula championship despite finishing fifth in treacherous conditions at Okayama.

Yuhi Sekiguchi managed to stave off Kamui Kobayashi for the lead before the race finished under Safety Car due to a spin by Nirei Fukuzumi.

In a race delayed and shortened due to the rain, Kobayashi had taken an early lead and actually gapped Sekiguchi despite damaging the nose of his car when he made contact with Sekiguchi in executing the pass.

A mid-race Safety Car negated Kobayashi’s advantage before he ran wide and gave back first position, which Sekiguchi would not relinquish. 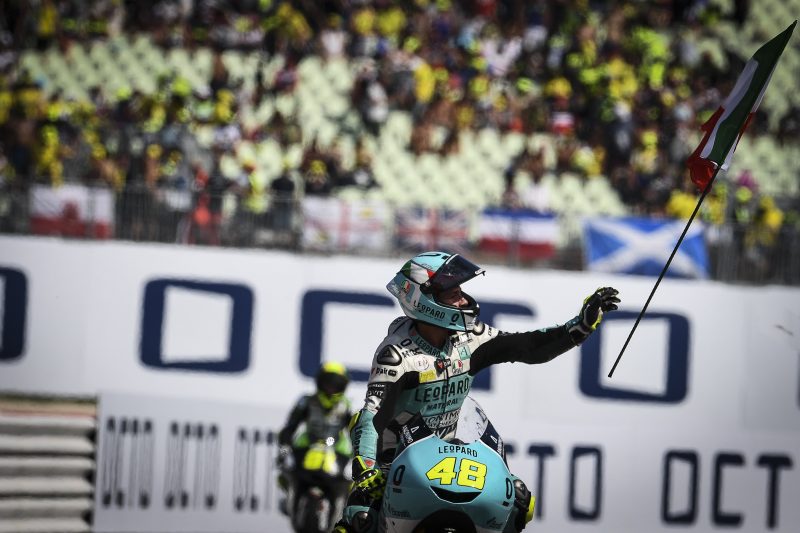 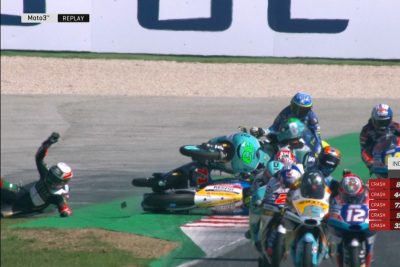 A five-bike pack was set free at the front of the field after Jaume Masia went down and took four more with him early on.

Aron Canet suffered a shoulder injury and Ayumu Sasaki broke an arm after the former was struck by Nicolo Bulega’s bike in the carnage.

Marco Bezzecchi was leading when he highsided on the penultimate lap, delaying Jorge Martin when he made contact on his way past, and Dalla Porta rose from third to first on his Leopard Racing Honda.

Fabio Di Giannantonio unsuccessfully attempted to pass Dalla Porta at the last corner and instead dropped to third, behind Martin.

The latter therefore takes over the championship lead from Bezzecchi ahead of the Aragon Grand Prix on September 21-23. 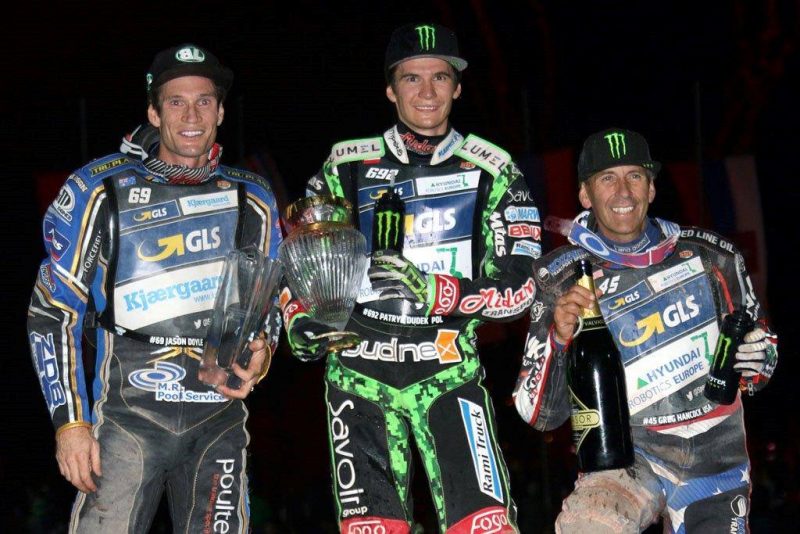 Patryk Dudek won the Slovenian round of Speedway GP in Krsko but it was Jason Doyle who collected the greatest haul of points on the night with his first podium of the season.

“It’s a massive honour to make a podium,” said the Novocastrian, who moved from 10th to eighth in the championship.

“It has been a tough year to dig deep and try to find the performance we had last year. We have really struggled, I guess with ourselves, nothing to do with the equipment. We just needed to make a lot of changes.

“After the world title last year, things have changed. I have a big target on my back. So it’s nice to finally get that trophy this year and hopefully it will be the start of me staying in the top eight.”

Chris Holder also had a better night than in the recent past with two heat wins before finishing his semi final in fourth.

He remains 12th in the championship, which continues in Teterow, Germany on September 22.