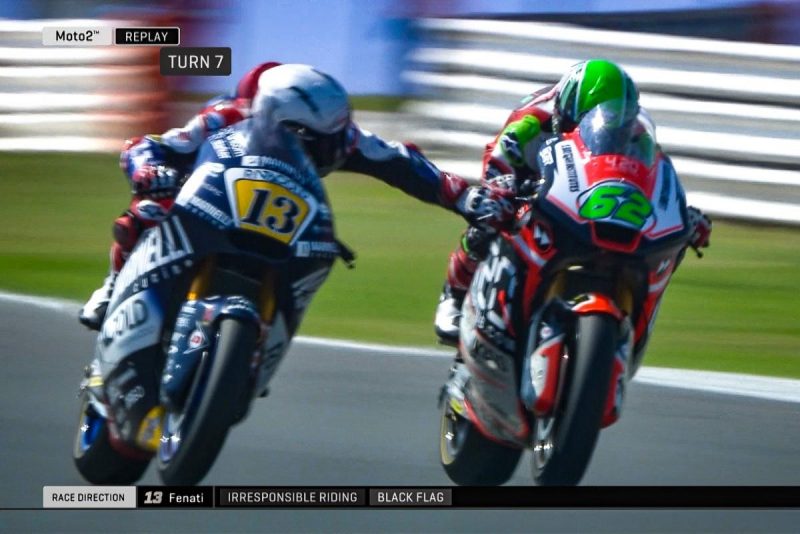 Romano Fenati was excluded from the Moto2 grand prix at Misano after grabbing Stefano Manzi’s front brake lever during the race.

The two had run off together earlier in the piece when Manzi made contact with Fenati’s Marinelli Snipers Kalex while attempting a move for 12th position at Turn 14.

In an apparent act of retribution, Fenati reached out and pulled Manzi’s front brake after getting a run on his Italian compatriot down the back straight.

The action caused Manzi to prop as the front wheel on his Forward Suter briefly locked.

Fenati was shown a black flag for ‘irresponsible riding’ shortly after Manzi had crashed in an incident not connected to that indiscretion.