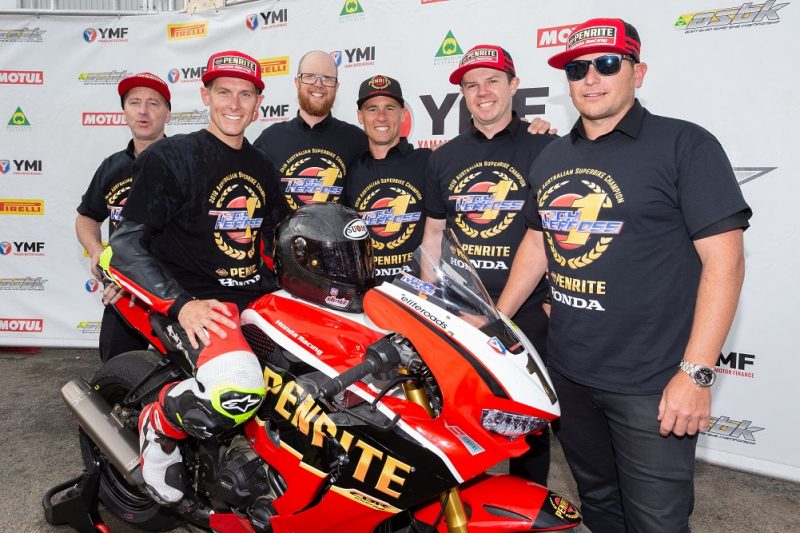 Troy Herfoss has sealed the 2018 YMI Australian Superbike Championship with a round to spare after a win in Race 1 at Winton.

The Honda rider was all but handed the title in the first encounter at the rural Victorian circuit when race leader and nearest title rival Wayne Maxwell crashed his Yamaha on Lap 8.

It was Josh Waters (Suzuki), however, who took over top spot at the time before being passed by Herfoss on Lap 11.

That was just as well as the race, which had already been restarted due to a crash for Bryan Staring (Kawasaki) on Lap 1, was red flagged on Lap 13 when Adam Senior’s Yamaha caught fire.

The race was declared as more than two-thirds of the 16 scheduled laps had been notched up.

Herfoss made his championship official by finishing fifth in Race 2, meaning that the value of Maxwell’s race win was to elevate him back above Bayliss into outright second in the standings.

Bayliss took the early lead after two restarts before Maxwell got by on Lap 3 and was not headed thereafter.

Waters was second again from Bayliss and Staring, who grabbed fourth spot on the final lap after Herfoss appeared to ease off to ensure he would be crowned at the end of that race.

The final round of the championship is at the Phillip Island Grand Prix Circuit on October 12-14.