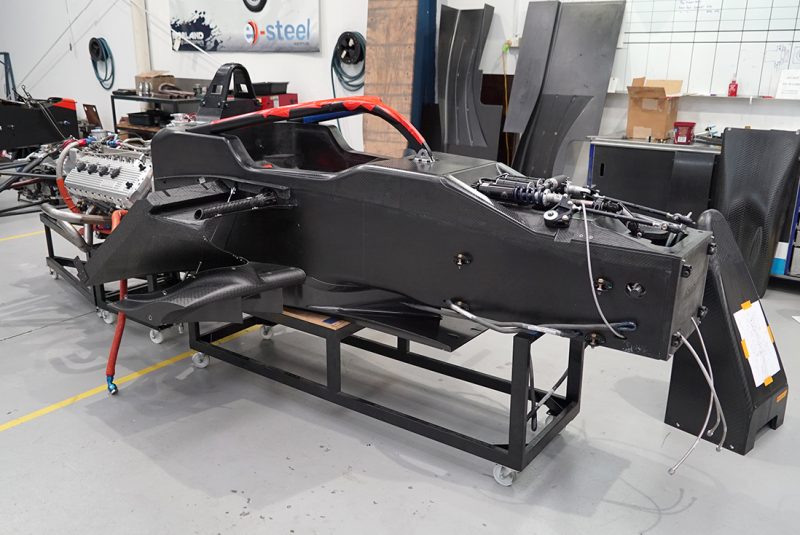 The first S5000 chassis is being built in Melbourne

The first S5000 single seater chassis is in the process of being built having recently arrived in Australia.

Plans to launch the modern Formula 5000 were revealed last month which centres around an all-new race car featuring a carbon fibre Onroak-Ligier chassis produced in the US by the French company.

The new single seater dubbed as ‘Australia’s answer to IndyCar’ meets all the latest FIA safety ratings, including a halo, and is set to produce 560 horsepower from a five-litre V8 Coyote engine.

This week has seen the first chassis arrive in Melbourne with a team now working to complete the build of the race car ahead of a maiden shakedown run scheduled next month.

The S5000 car that has been approved by the Confederation of Australian Motor Sport (CAMS) is expected to cost in the region $300,000. 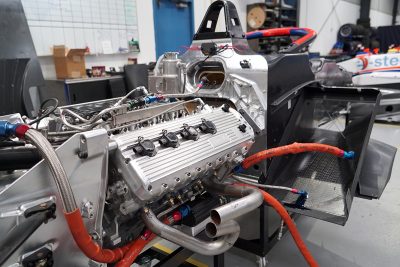 The V8 Coyote engine that will power the S5000

“The first chassis has arrived and work has begun to incorporate the engine and transaxle,” said S5000 category manager Chris Lambden.

“I had the fortune of seeing the chassis at Onroak’s factory in the USA, and they are an amazing piece of modern, sophisticated machinery.

“No time or effort has been spared on the detail. These cars are of a first class, comparable to any top-line international open wheel series.

“The engine is being slotted into place now and we expect to have the car complete in the very near future.”

S5000 promoters the Australian Racing Group (ARG) are currently in the process of finalising a calendar for its inaugural season next year.

Organisers hope to feature on the support bill at some Supercars events and have already received interest from prospective entrants from the US, South America and Asia. 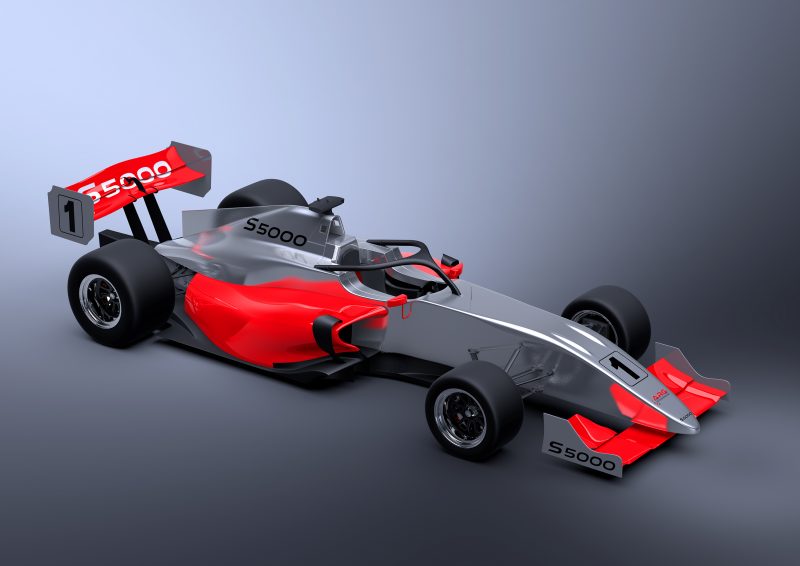 A render of the all-new S5000 single seater