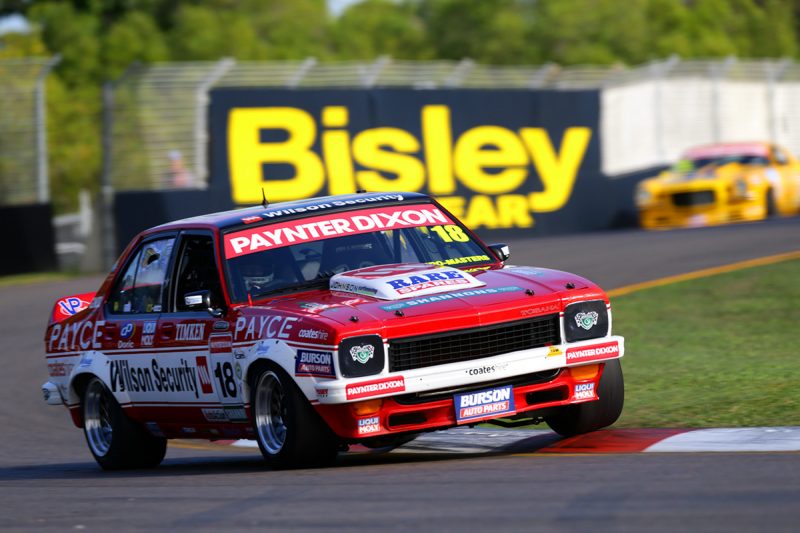 John Bowe is set to make his 1100th championship race start in this weekend’s Paynter Dixon Touring Car Masters round at Sandown.

The veteran should notch up the milestone in Saturday morning’s Dometic Trophy Race, the first of four for the series at the similarly historic Melbourne circuit.

Bowe has so far amassed five series and 94 race wins in Touring Car Masters, both records, and is currently on top of the table with 18 points over Steve Johnson both outright and in the ProMasters class.

Johnson has 10 race wins to date compared to Bowe’s four but has been hurt by a number of DNFs.

As previously reported, the XD Falcon will appear in the series for the first time with a full TCM-spec version for Marcus Zukanovic and another running as an Invited car in the hands of state racer Damien Gambold, and Cameron Tilley has upgraded his Valiant Pacer to a V8,

Further bolstering the entry list to 27 is Dean Lillie in a race-winning 1972 Holden HQ Monaro GTS 350, whose only previous TCM round start was at Symmons Plains in 2008.

Round 6 of Touring Car Masters supports the Rabble.Club Sandown 500 from this Friday.