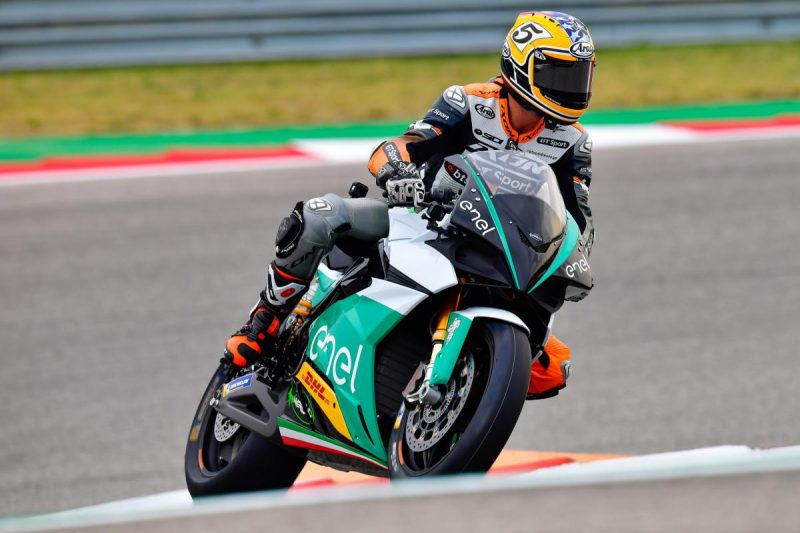 The five-round calendar for the first season of MotoE has been released by Dorna.

As previously announced, all five races will be held at European MotoGP rounds, starting with the first of the 2019 season in Jerez.

The other four are be Le Mans, the Sachsenring, Spielberg, and Misano.

Races will be seven to 10 laps in distance and are set to run after the Sunday morning MotoGP warm up sessions.

The 18-bike grid consists of six two-bike teams and six one-bike teams, the former mostly being MotoGP satellite teams and the latter largely drawn from the junior classes.

Energica’s 2019 Ego Corsa, the series’ spec bike, will race 20kg lighter than the production version at 260kg with a top speed of 270km/h.

According to organisers, riders will be announced at the next MotoGP round at Aragon (September 21-23).

The first MotoE test will take place at Jerez on November 23-25.

Meanwhile, it has been announced that MotoGP’s in-season tests will again take place on the day after grands prix at Jerez (May 6), Catalunya (June 17), and Brno (August 5).

There will also be an official two-day MotoGP test on August 28-29, at the Kymiring if the circuit is added to the calendar for 2020 and otherwise at Misano.