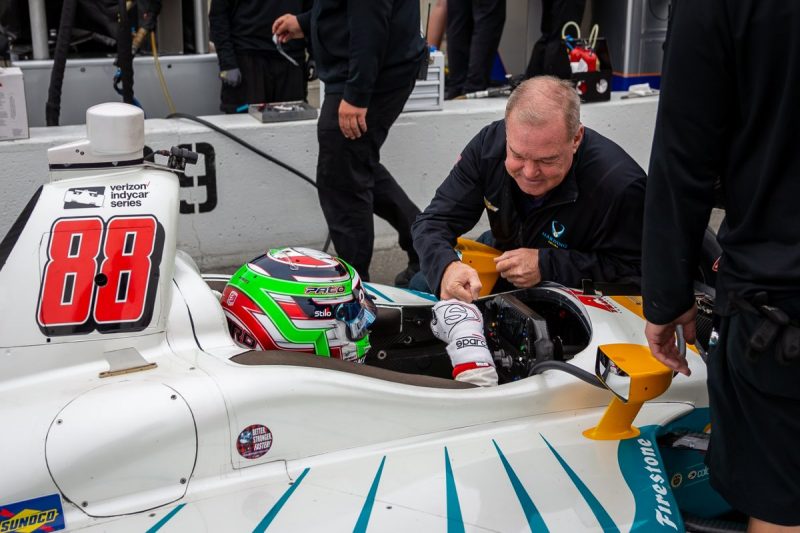 This year’s Indy Lights champion Patricio O’Ward and runner up Colton Herta will both make their IndyCar Series debuts with Harding Racing in the season-ending Sonoma race.

O’Ward drove an IndyCar for the first time earlier this week when he tested with Harding at Sonoma, days after clinching the Indy Lights title.

“We’re really happy with how Patricio did in the car at Sonoma,” said team president Brian Barnhart.

“Coupling that with the excellent job that Colton did in (testing at) Portland earlier in August, Harding Racing is really excited about being able to provide their Verizon IndyCar Series race day debuts next week at Sonoma.”

Harding debuted in IndyCar last year before embarking on a full campaign in 2018.

It has run either of Conor Daly or original driver Gabby Chaves in recent races as it evaluates its options for next year, before confirming that it will add a second Chevrolet-powered car for the finale.

Harding has been in talks with Andretti Autosport, with whom both O’Ward and Herta raced in Indy Lights this year, about forming an alliance in 2019.

Reports have also speculated that McLaren’s possible entry into IndyCar would be as a takeover of Harding and/or in partnership with Andretti.

In any event, O’Ward’s Indy Lights triumph entitles him to three IndyCar starts next year including the Indianapolis 500.